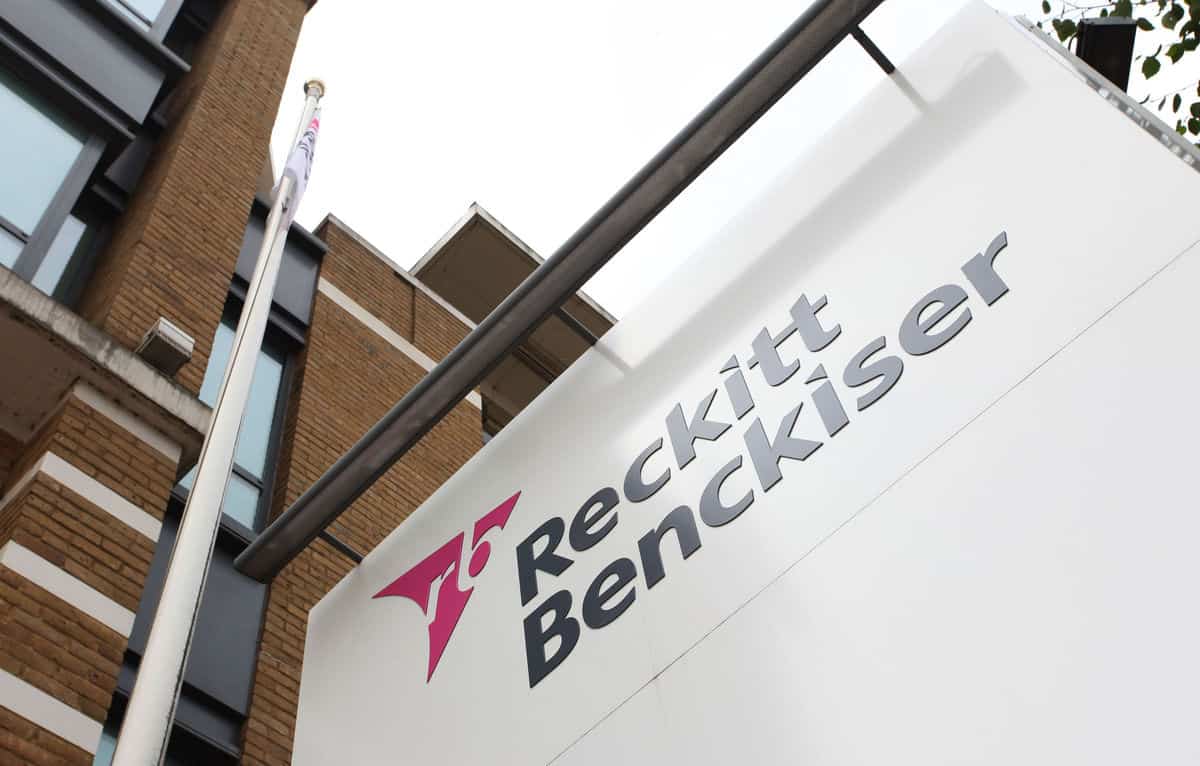 Reckitt Benckiser (LON:RB) is eyeing a division expected to be put up for sale by the US pharmaceutical giant Pfizer, The Sunday Times has revealed. The FTSE 100 consumer goods group will reportedly explore a raft of financing options, including a multibillion-pound rights issue when it enters the race for the unit.

Reckitt Benckiser’s share price has fallen deep into the red in London this morning, having given up 1.28 percent to 7,095.00p as of 09:19 BST, underperforming the broader UK market, with the benchmark FTSE 100 index having climbed into positive territory and currently standing 0.12 percent higher at 7,544.20 points. The group’s shares have lost just under four percent of their value over the past year, but are up by more than three percent in the year-to-date.

City sources told The Sunday Times that Reckitt Benckiser would ‘run the slide rule’ over Pfizer’s consumer drugs division, which will be placed on the auction block next year. The unit comprises a string of over-the-counter treatments, including the painkiller Advil.

Sources familiar with the FTSE 100 group further told the newspaper that it would look at different ways to try to participate in the auction, including a rights issue, a potential swap of assets, or buying individual assets from the US giant.

A potential bid for Pfizer’s division would come at a sensitive time for Reckitt Benckiser, which recently warned on revenues and subsequently lost four executives.

The Sunday Times quoted analysts at Jefferies as warning that a deal with Pfizer was an ‘unhelpfully timed dilemma,’ pointing out that it would push Reckitt’s net debt to more than four times its earnings.

“We think [Reckitt’s] best hope is that the Pfizer review plays long,” Jefferies said, adding that this would give the FTSE 100 group “the opportunity to sort out [Mead Johnson] and hopefully rebuild market confidence”.