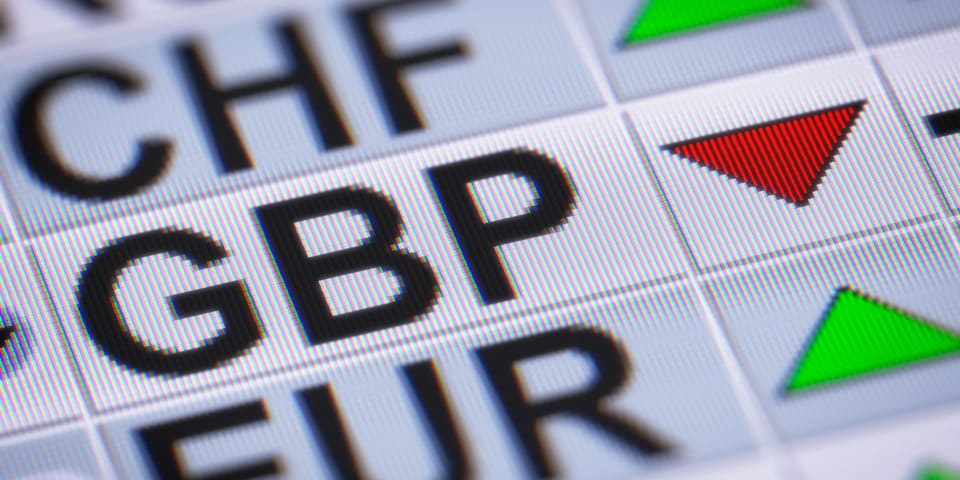 The British pound lost ground against the US dollar Wednesday morning, following the release of unemployment and earnings data.

The unchanged unemployment rate of 4.3% and 2.1% earnings increase, reported by the Office for National Statistics (ONS), wasn’t healthy enough to support sterling. The British pound moved immediately lower versus the greenback, to trade around the $1.316 region.

Alongside the data, the ONS produced a commentary that detailed real earnings, excluding bonuses, declined 0.4% in the three months to August. That’s because although earnings growth was 2.1%, the pace of consumer price inflation rose to 2.9% in August.

Elsewhere in the jobs and earnings report, the figures showed the number of people in employment edged a little lower to 32.10 million in the three months to August. In July, there were 32.13 million people in work.

Meanwhile, the level of economic activity also slid a little, to a rate of 63.5% from 63.7% in the three months to July.

As the movement lower by the British pound suggests, Wednesday’s labour market data adds a difficult element to what is already looking like a tricky November Bank of England (BOE) policy meeting.

While the overall rate of inflation is high and likely still rising, earnings growth is low and economic growth subdued.

“We still believe that high inflation offers the BOE justification for a November rate hike, which also has its credibility at stake,” said Julius Baer economist, David A. Meier in a note to clients.

He adds, however, that they don’t anticipate it will represent the beginning of rate normalisation. Instead, “it will be a one-and-done hike as reversal of the July 2016 post-Brexit referendum emergency cut,” Meier said.

The policy announcement from the next Monetary Policy Committee meeting will take place on Thursday November 2nd. The next quarterly inflation report is also due that day.