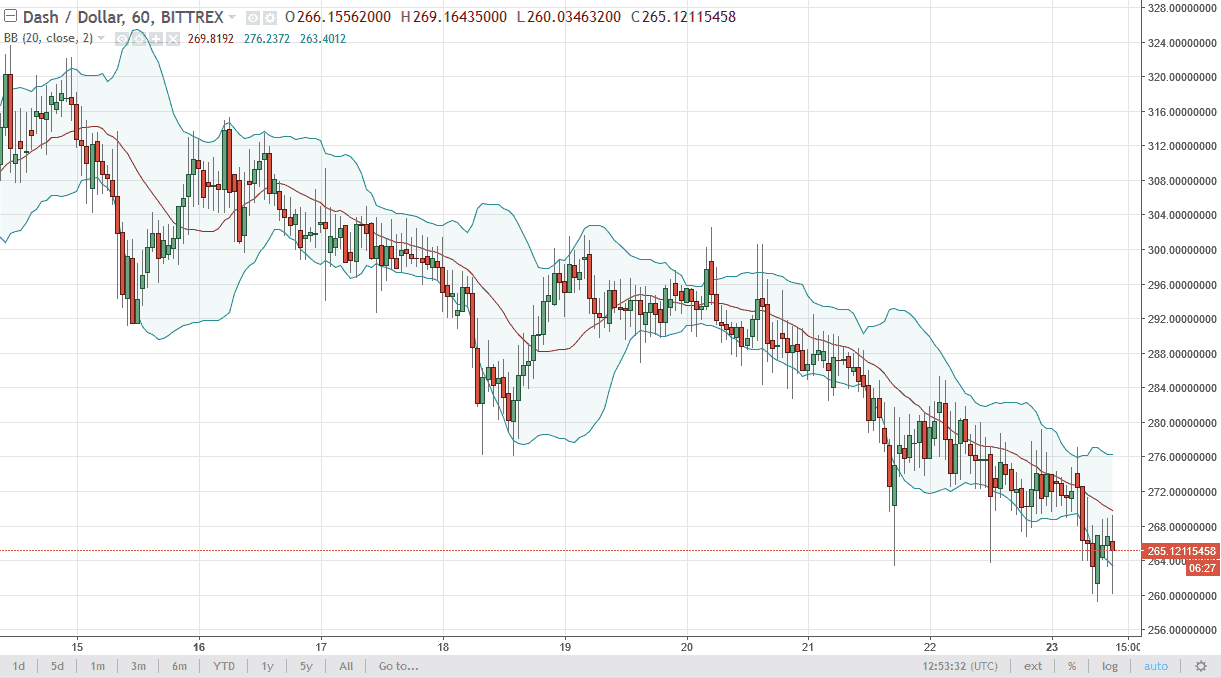 Ethereum continues to drift lower during the Monday session, as crypto currencies in general have taken a bit of a hit. Most of this is due to the US dollar strengthening, and not necessarily concerns about crypto currencies. Ultimately, we should find support below, but right now looks as if short-term traders are continuing to sell cryptos. I think that the $280 level would be slightly supportive, but it looks currently that we will probably fall lower than that. The 20 SMA on the hourly chart is decidedly negative, and we have broken down to make a fresh, new low. I’m not overly concerned, I just recognize that it’s time to let the market prove itself a bit before putting money to work. Patience will be rewarded, and I do believe in the longer-term uptrend. From a fundamental standpoint, nothing has truly changed.

Part of the strength in the US dollar is the believe that tax cuts may get done relatively soon, and that is having a knock-on effect from the Forex world. The US dollar strength in against most currencies, and that of course puts pressure on these markets. Longer-term though, there is still a need for crypto currencies, and by following Bitcoin, you can get a general barometer as to how crypto currencies in general will do. Ethereum can hold its own obviously, but Bitcoin is still the king. I believe that the $275 level will attract a certain amount of attention, and that of course the $250 level. By entering slowly in building up your position as the market turns around, you can increase your profitability as well. Jumping all in in one short burst is probably not advisable at this point. A break above the $300 level would see the longer-term uptrend resume.