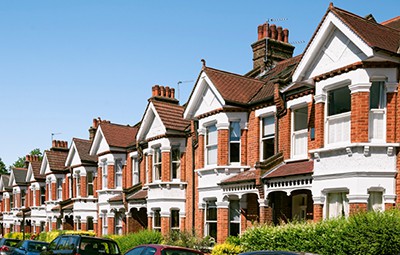 The latest data from the UK’s Land Registry shows average UK residential real-estate prices rose 0.4% on the month in September and by 5.4% on the year.

And, analysis by boutique London property management firm, London Central Portfolio (LCP) and Acadata, show that on a quarterly basis, the average price of property in England and Wales was up 0.9% from the second quarter and 3.9% higher than the third quarter of 2016.

Accompanying the rise in UK residential real-estate prices, was the detail that sales volumes were also on the up.

Some 229,373 homes were sold in the third quarter, an 8.3% increase from the second quarter, the data and analysis show.

“The latest data from Land Registry indicates a more positive outlook, both for London and across the country, following a period of slow growth as tax changes, Brexit and domestic issues have impacted general sentiment,” said LCP CEO, Naomi Heaton.

“This improving picture in both sales volumes and prices is certainly good news for homeowners,” she added.

While the quarterly picture of UK house prices from the Land Registry data – which is based on actual sold prices once the final transaction has been registered – was positive, there was also better news on the London residential property market.

Sales volumes in London were 7.5% higher in the third quarter than the second. And, while average London property prices were 2.8% on the quarter, compared with a year earlier, they were up 8.3%.

Meanwhile, there was also an interesting shift in market dynamics as there was a 20% rise in the number of houses purchased in the capital. At the same time, the number of London flats hat were purchased declined 8% from the second quarter.

“The increase in semi-detached and detached house sales indicates that the suburbs of London may be making a recovery, having been held back since the introduction of graduated Stamp Duty and the tightening of mortgage lending criteria,” Heaton said.