Upcoming ICO: Should Investors Make Friends With the Friendz ICO? 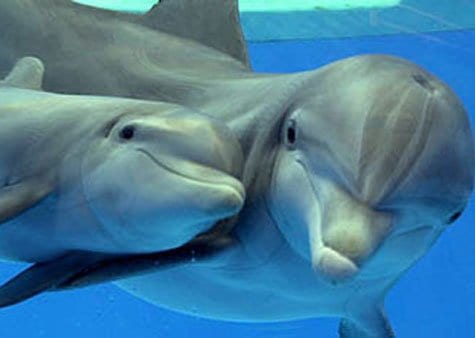 It’s early days for the upcoming Friendz ICO, but the digital market startup on the blockchain is off to a good start. The company is no stranger to raising capital, having secured at least EUR 300,000 in funding so far by Italian investor Triboo S.p.A. There’s no question that the team behind the Friendz startup is good at what they do, evidenced by a recent marketing scheme in which they were able to fool the internet, which bodes well for the prospects of their upcoming ICO.

The Makings of a Dolphin Cuddler

In the marketing hack, Friendz asked their users, which they have already acquired, to help spread the work about the brand by revising their Facebook profiles to reflect that the startup was their place of employment. While this wasn’t actually true, the marketing hack can be considered a success.

In one day, some 15,000 app users boasted Friendz as their employer with fictitous job tiles ranging from “deejays to dolphin cuddlers,” according to a blog. This, in turn, ignited a firestorm of free marketing for the startup, as contacts of the Friendz “employees” starting asking questions, and created new users to boot. If this creativity is a sign of things to come, the upcoming ICO may just represent the innovation that the industry needs.

Upcoming ICO Off to a Good Start

The fact that Friendz has already secured capital is a good sign for the upcoming ICO, as it means a large investor was willing to place a bet on its future. Considering that the company is operational, the app is live and there are actual users, this deal is ahead of the rest and lacks an element of risk that is inherent with most token sales. The Friendz ICO is expected to occur sometime in Q1 2018. In the meantime, the startup is drumming up interest with its blog and social media pages.

While Friendz is already up and running, they say their business model would benefit greatly from blockchain technology. For instance, distributed ledger technology gives advertisers the ability to track ad campaigns through their entirety and users the ability to engage more in the Friendz community where they can earn rewards.

According to Friendz founder Alessandro Cadoni on the startup’s Telegram page, the white paper, (which by comparison most resembles an SEC S-1 document although it is not a regulatory filing,) along with an upcoming ICO website will materialize sometime in the next three weeks. The Friendz platform is currently only available in Spanish and Italian but an English version is expected to launch over the course of the next few weeks.