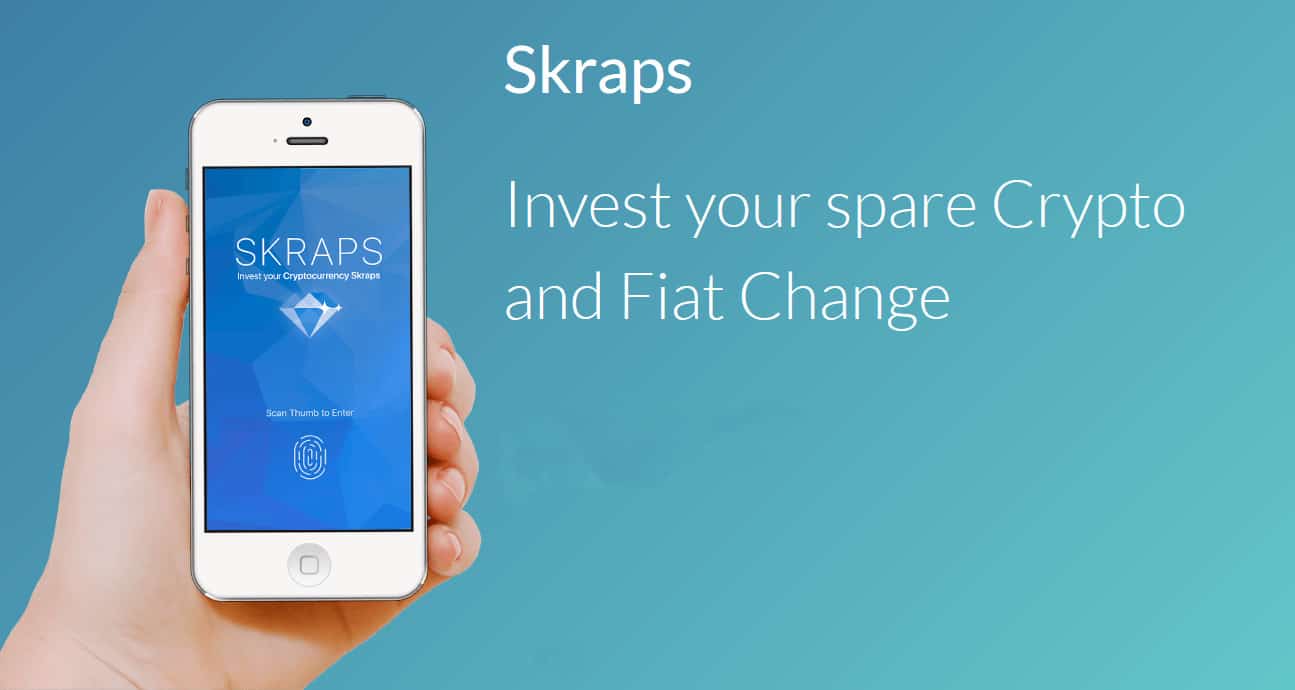 Written by:
Gerelyn Terzo
5th January 2018
Are you looking for fast-news, hot-tips and market analysis? Sign-up for the Invezz newsletter, today.

When Main Street investors consider the bitcoin price of more than USD 17,000, they might find it daunting to consider an investment. But it’s not necessary to purchase an entire bitcoin to gain exposure to the leading cryptocurrency. Skraps, a micro- investing platform for cryptocurrencies, suggests investors direct their spare change into cryptocurrencies instead of a jar. They’re behind an upcoming ICO that launches in about nine days, in which they will sell the SKRP token with a target of raising approximately USD 21 million.

Skraps is developing an app that gives users the ability to direct their spare change from cryptocurrency-driven transactions into an investment portfolio that they select. It does require some level of comfort with cryptocurrencies, as users must have a digital wallet and already be spending in order to benefit from the Skraps app. But once they cross that hurdle and begin using cryptocurrencies for everyday purchases, they can redirect change from those transactions into their investment portfolio.

To be successful, cryoptocurrencies really need to move more into the mainstream so that investors perform more transactions and there is more spare change to invest. But the concept has already been proven in the traditional banking world, where account holders can subscribe to “keep the change” services that capture leftover coins from a transaction and redirect the money into a savings account, for instance. And the charm of spare change in cryptocurrency transactions is that most transactions involving BTC, ETH and Litecoin, for instance, are “fractional amounts,” as the startup pointed out on its blog.

Inside the Upcoming ICO

Skraps expects to launch the desktop version of its platform in April 2018 followed by a mobile app by the end of Q2 2018. The SKRP tokens will be used to compensate money managers who create the investment portfolios on the Skraps platform. Users pay 1 SKRP token per month across portfolios. The Skraps platform is smart-contract driven and they are using the ENS service for transactions on and off chain.

Proceeds from the upcoming ICO will be directed toward the development of the Skraps platform, which as other blockchain startups have proven places greater risk on deal participants.