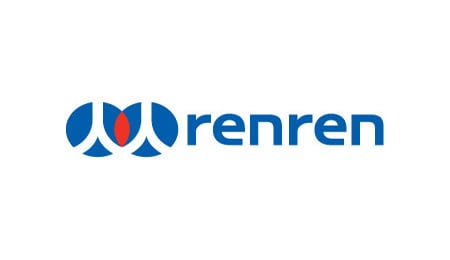 It’s only been a few days since China’s publicly traded social network site Renren’s ICO plans were unveiled, in response to which the stock had advanced by a double-digit percentage. But since then, the stock has pulled back, falling about 27% from more than USD 18 to close the trading session at less than USD 13 today. Renren also announced the acquisition of a blockchain-based social transportation play Trucker Path in recent weeks, but that’s done little to cheer investors.

According to a recent article in Bloomberg, Renren has suffered from a weakening user base, and it was looking to an upcoming ICO to right the ship. Despite the fact that the social network site is based in Beijing, where ICOs are banned by law, its stock is listed on the NYSE, which gives it the ability to run a US-based token sale where ICOs remain a legal fundraising method. The Bloomberg story suggests that the ICO, Trucker Path acquisition and stock price are all a “distraction” from Renren reality of fewer users, zero profits from the main business and an inability to manage its portfolio.

M&A on the Blockchain

Renren’s acquisition of Trucker Path, a social platform for the US trucking industry, isn’t the first deal to be done by an ICO company. iNVEZZ recently reported about Aussie startup CanYa, which acquired BountySource.com prior to its token sale. But CanYa is a startup in the truest sense of the word and hasn’t raised capital in an IPO the way that Renren previously did. P2P marketplace CanYa has since raised AUD 12 million in its ICO. The Renren/Trucker Path deal certainly fuels the ICO M&A trend but is unique for being a publicly traded stock.

Renren CEO and Chairman Joseph Chen said in a press release: “Currently, the two major emerging technology areas are artificial intelligence and blockchain. With the acquisition of the Trucker Path social platform and the Truckloads freight marketplace, the company will be well-positioned technologically to drive innovation within this important industry.”

Renren in its upcoming ICO is planning to issue the RR coin, which will be transacted by developers and advertisers on the platform. They’re planning to develop an “open-source blockchain platform for social networks,” which according to the company’s white paper is designed to “[record] all the interactions of participants through a decentralized booking system and [manage] their trading behavior under certain social networking scenarios through smart contracts.”

Renren plans to launch a beta version of its platform in the second quarter of 2018. The date of the upcoming ICO is unclear.