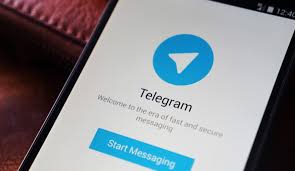 Written by:
Gerelyn Terzo
8th January 2018
Are you looking for fast-news, hot-tips and market analysis? Sign-up for the Invezz newsletter, today.

TechCrunch is reporting that Telegram Messenger, which is a messaging app that nearly every upcoming ICO uses to communicate with community members including potential deal participants, is planning a token sale of its own. According to the article, which cites “multiple sources,” Telegram is developing a blockchain platform as well as a proprietary cryptocurrency. They’re targeting between USD 3 billion and USD 5 billion in the upcoming ICO, which is expected to launch in March, on top of USD 500 million in an ICO pre-sale.

While Telegram isn’t exclusive to companies on the blockchain, it’s the messaging app of choice for most upcoming ICOs. Telegram must have gotten tired of sitting on the sidelines while other tech startups raised billions of dollars across token sales and now it plans a blockbuster deal of its own. The messaging app, on whose secret chats platform all messages are encrypted, also boasts global users, and the brand familiarity could bolster the Telegram ICO into one of the largest token-driven fundraising events to date.

Russian entrepreneur and Telegram co-founder Pavel Durov was reportedly scorned by investors who took control of his previous startup, VK, a Russia-based social networking site. Launching a Telegram coin would give him and the new company autonomy over their payments system, which TechCrunch suggests is something that Durov would want.

Kin ICO as a Model

If Telegram were to ICO, they could use Canadian messaging app Kin as a model. The Kin ICO attracted nearly USD 100 million from the sale of its KIK tokens and was viewed as a wild success despite the fact that the startup banned its own resident Canadian investors from participating amid murky regulation. It’s unclear whether Telegram would seek to register its digital token with securities regulators, but an upcoming ICO with a high-profile status of a global messaging app would certainly draw the attention of watchdog agencies.

Telegram in its blog does not appear to discuss the possibility of a forthcoming ICO, but if they do plan to launch a cryptocurrency, they should make it official sooner than later if they plan on opening the token sale to the public. Investors may want to remain on the sidelines of another token sale in favor of this one.