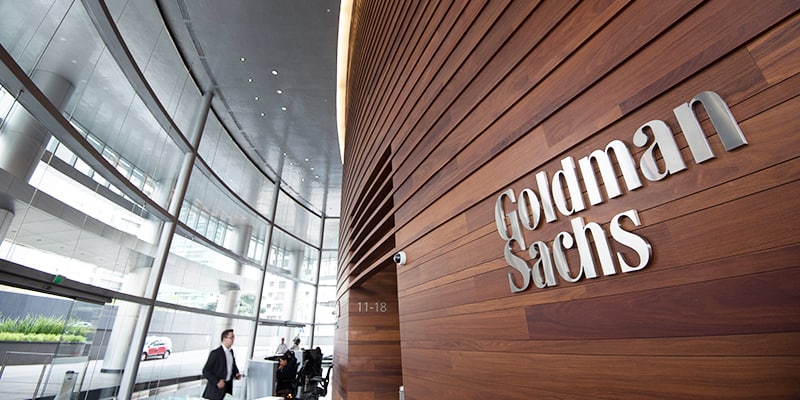 Today, Goldman Sachs shares opened in the red, despite reporting better than expected fourth quarter earnings per share. Investors were likely disappointed by the slump in trading revenues, although the firm’s investment banking had a successful period.

Goldman Sachs shares opened 1.57% lower at $244.40 Wednesday, as investors were disappointed with some details of the global banker’s earnings report.

Goldman Sachs reported a net loss of $2.14 billion, when a one-off tax charge, was factored in.

Excluding that charge, which relates to the new US tax code after US President Trump’s tax reforms, the global banking giant achieved $5.68 earnings per share. That was above analysts’ expectations of $4.91.

Much of those gains were due to a 44% rise in investment banking revenues in the fourth quarter of 2017, compared with the same quarter in 2016.

However, Goldman Sachs Q4 earnings report showed its earnings from trading bonds, securities and currencies was $1 billion, a 50% decline from the same period a year earlier.

“With the global economy poised to accelerate, new US tax legislation providing tailwinds and a leading franchise across our businesses, we are well positioned to serve our clients and make significant progress on the growth plan we outlined in September,” Blankfein added.

Goldman Sachs shares are a little less than 6% up from a year ago. That’s a much smaller gain than the 22% increase in the S&P 500 and suggests investors remain unsure of the global banker’s strategy.

Ilona is a freelance writer and editor with over 15 years experience reporting and writing about UK and European economics, real estate, financial markets and central banks.
Related news
London stocks end lower as the U.S. reports a record increase in COVID-19 cases
3rd July, 19:27
Daimler to sell its Hambach factory as it commits to streamlining global production
3rd July, 18:21
Delivery Hero reports a 94% growth in orders in Q2 as COVID-19 restricts people to their homes
3rd July, 14:29
Intel Corporation to invest £203 million and get a 0.39% stake in Indian Jio Platforms
3rd July, 13:23
HSBC cites low returns as it discontinues its industrial metals business
3rd July, 12:14
Related market data
Invezz uses cookies to provide you with a great user experience. By using Invezz, you accept our privacy policy.