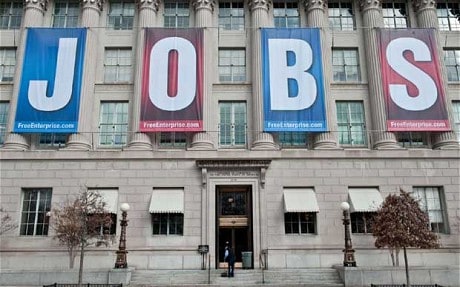 The first week back from the Easter break sees the release of some key data, including the latest US non-farm payrolls figures. This March report will be of particular interest as it follows new Federal Reserve chairman Jerome Powell’s first FOMC meeting and rate hike.

While all the numbers will be noted, analysed and acted upon, the earnings figures remain among the most important details when looking for clues about the future path of interest rates in the US.

There were fears towards the end of 2017 and in the first weeks of 2018, that earnings growth was ramping up more quickly than the economy could handle and would require more rate hikes than previously anticipated.

However, the February NFP report showed hourly earnings growth of 2.6%, below expectations of 2.8%. That number eased concerns over the potential pace of US interest rate hikes. But, if the March figure surprises on the upside, those fears could return.

And, just as the stock market rallied after the February report, a too strong pickup in earnings growth in March, could weigh on investor sentiment and possibly incite a market sell-off at the end of the week.

While there is a particular focus on earnings growth right now, the actual payrolls data remain as significant as ever.

When payrolls rise, it shows the economy is growing and businesses are confident. When payrolls fall it’s either due to an unexpected, major event. Or – more worryingly – it highlights that the economy isn’t doing as well and that business and consumer confidence is on the way down.

A Reuters poll of analysts forecasts payrolls to rise 230,000 in March and for an unemployment rate of 4% – down from 4.1% in February.

If the data bear out this forecast – and earnings growth remains more muted – then investors will likely be upbeat as it would suggest a growing economy and under control inflationary pressures.