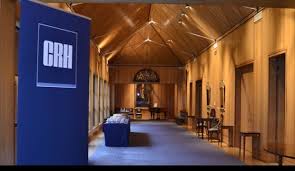 Shares in CRH (LON:CRH) have advanced in London in today’s session as the company announced that it had completed the sale of its Benelux business. The news comes after the Irish building materials group recently unveiled plans to bring together some of its European and American units as it looks to boost its profit margin by 2021.

As of 10:18 BST, CRH’s share price had added 1.75 percent to 2,727.00p, outperforming the broader UK market, with the benchmark FTSE 100 index currently standing 0.60 percent higher at 7,671.98 points. The group’s shares have lost nearly one percent of their value over the past year, as compared with about a 3.7-percent gain in the Footsie.

CRH announced in a short statement to the London Stock Exchange this morning that it had completed the divestment of its DIY business in the Netherlands and Belgium, together with certain related property assets, to Intergamma, the Dutch DIY franchise organisation, and a US real estate investor. The disposals were for a total consideration of €510 million.

The news comes after last month, the group wrapped up the acquisition of Ash Grove Cement Company in the US for $3.5 billion. The CRH meanwhile is required to divest its  Rocky Gap quarry in Virginia as a condition of its planned acquisition of privately held Pounding Mill Quarry Corp.

As of July 13, the consensus forecast amongst 25 polled investment analysts covering CRH for the Financial Times has it that the company will outperform the market. According to MarketBeat, the Irish building materials group currently has a consensus ‘buy’ rating and an average price target of 3,060.88p. The company is scheduled to update investors on its interim performance on August 23.