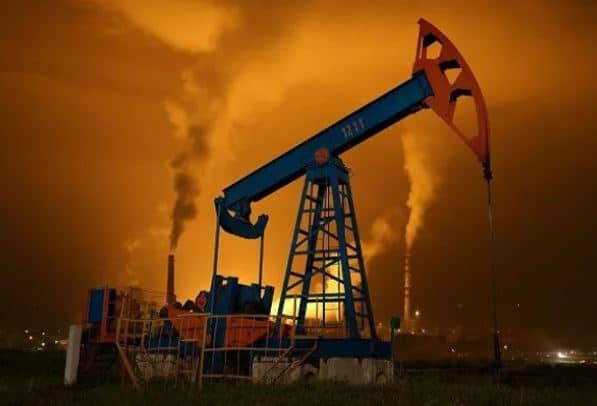 The oil price is marginally higher Thursday after slumping over 3% earlier in the week. The slide came as the US-China trade dispute escalated further and also followed a smaller than expected decline in the latest US oil stocks report.

However, despite that large oil price decline, there are some expectations that it could rise as high as $90 per barrel by the end of the year, as Iran oil sanctions begin to bite.

A combination of developments came together and weighed on the oil price. Chief among them were an escalation in the US-China trade tariff dispute which saw China state its plans to match the US’ second round of tariffs on China imports.

The latest figures from the American Petroleum Institute, meanwhile, showed that US oil stock piles declined by 1.4 million barrels in the week ended August 4th. That was much less than the anticipated 3.3 million-barrel draw.

In addition, news that China imports of the valuable commodity remained subdued in July was also noted as a concern for the oil price.

Despite the notable slump in the oil price Wednesday, there are still expectations that the price of oil could hit $90 per barrel before the end of 2018. The main reason? US sanctions against Iranian oil exports.

According to Richard Nephew, a senior research scholar at the Center on Global Energy Policy at Columbia University, a combination of less oil being exported from Iran and a slowdown in US shale oil production could work to push the price of oil much higher than its current level, by as soon as November.

And Nephew isn’t the only one with this view.

“As we go more towards (the fourth quarter) … that's when we really see the risk of prices going well into the 80s and potentially even into the 90s but very critical is how much Iranian production we lose,” Amrita Sen, chief oil analyst at Energy Aspects, told CNBC earlier this week.