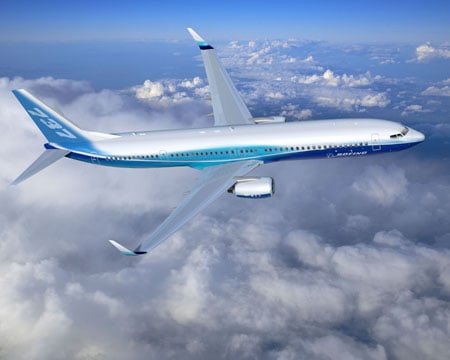 Written by:
Ilona Billington
4th September 2018
Are you looking for fast-news, hot-tips and market analysis? Sign-up for the Invezz newsletter, today.

Boeing shares closed lower in the US Friday and ongoing problems with obtaining and fitting engines in its 737 models could mean that weaker tone continues. As it awaits the final parts for its planes, the US manufacturer is currently parking some its unfinished planes on the runway of a neighbouring, small airport.

Boeing shares ended the US Friday trading session 1.18% lower at €342.79. The sock is currently a little higher in after-hours activity.

Boeing is facing a sharp increase in demand for its planes. And, while it is in a position to have those planes almost finished and ready for delivery, problems with the supply of some key parts of those planes, is delaying the completion of its new products.

There are two main issues for the plane maker right now:

As Boeing continues to wait for those parts to finish its planes and deliver the new orders, it has reached an agreement with Renton airport, a small facility next to one of its factories.

“Boeing is running out of space,” Renton public works administrator Gregg Zimmerman wrote in a memo to the local city council, according to a Wall Street Journal report. “They have encountered an emergency production challenge that threatens to interfere with their ability to keep their airplane production lines running.”

The same WSJ report states that the agreement between Renton and Boeing is part of a delivery recovery plan.

While the US plane manufacturer works on effectively ramping up production and deliveries, the company last week announced major contract win.

Boeing has won an $805 million contract to build refueler drones for the US Department of Defense. The manufacturer will engineer and build four unmanned refueler aircraft to help extend the range of deployed fighters.

“As a company, we made an investment in both our team and in an unmanned aircraft system that meets the US Navy’s refueling requirements,” said Leanne Caret, president and CEO, Boeing Defense, Space & Security.

“The fact that we’re already preparing for first flight is thanks to an outstanding team who understands the Navy and their need to have this important asset on carrier decks around the world,” Caret added.