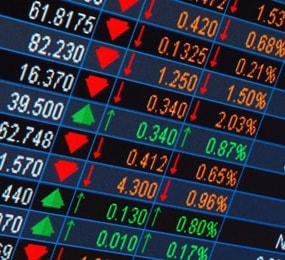 European shares are broadly higher in the early afternoon Thursday, reversing earlier morning losses. Investors are positive on some earnings news, along with a pharma deal by Novartis and an analyst upgrade for energy firm, Enel.

In addition, signs of a progress on NAFTA talks between the US and Canada are also contributing to the brighter tone.

There were a number of positive developments for individual stocks Thursday.

Among them were Safran shares, which surged 7.24% to €117.00. The French aerospace parts supplier reported better-than-expected H1 earnings and also upgraded its full-year guidance.

Novartis shares gained 0.15% to CHF79.58 after the Swiss drugs maker agreed a deal to sell some of its generic pill assets to India’s Aurobindo Pharma Ltd, in a deal worth up to $1 billion.

Another riser of note was Enel shares, which rose 2.47% to €4.40. The Italian energy firm’s gains were supported by an analyst upgrade from Goldman Sachs. The investment bank changed its stock rating on the company to ‘buy’.

Adding to the more positive investor tone Thursday, was news that extended talks between the US and Canada on the revision of the NAFTA agreement are progressing positively.

However, that better news has been countered by fears of further import tariff retaliation from China, if the US goes ahead with threats to add more tariffs on a further $200 billion of Chinese goods.

“If the United States, regardless of opposition, adopts any new tariff measures, China will be forced to roll out necessary retaliatory measures,” Chinese ministry spokesman Gao Feng said at a news conference.