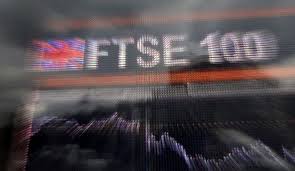 The UK benchmark index has started the last quarter of the year little changed, with investors focusing on the Tory party conference. Blue-chip airline stocks are weighing on the FTSE 100 following a profit warning at Ryanair.

As of 12:23 BST, the Footsie had added 6.50 points to stand 0.09 percent higher at 7,516.70. Gains in the Footsie have been marginal, with the Tory party conference having entered its second day.

“All eyes on sterling over the next few days as the pound will remain sensitive to news from the Conservative conference,” said Peel Hunt economist Ian Williams, as quoted by Reuters.

“With the FTSE 100 awaiting a directional break, the overall picture is somewhat unclear,” Joshua Mahoney, market analyst at IG, commented note, adding that either a break above 7,558 points or below 7,446 points was needed to provide direction.

Disappointing data out of China is weighing on miners, with Fresnillo (LON:FRES) currently leading the sector lower, having given up 1.73 percent to 807.20p.

Alice joined the Invezz team after motherhood convinced her to make a career change from actuary-ing. She brings a forensic eye for detail developed through crunching numbers on underwriting satellite insurance and the like.
Related news
Lufthansa to cut 1,000 admin jobs and 20% of leadership positions to combat COVID-19
7th July, 13:24
Plus500 reports an almost 300% increase in H1 revenue on robust trading volumes
7th July, 12:00
Halfords’ cycling sales jump 57.1% as people avoid public transport amidst COVID-19
7th July, 11:02
Whitbread stock price plummets over 4% on declining sales
7th July, 10:40
JD Sports warns of a significant hit in fiscal 2021 due to COVID-19
7th July, 10:17
Related market data
Invezz uses cookies to provide you with a great user experience. By using Invezz, you accept our privacy policy.