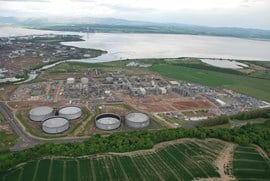 The oil price is little changed at close to $85 per barrel, Tuesday. And, as concerns over supply remain elevated, a growing pool of analysts are anticipating the price of the valuable commodity could hit $100 per barrel.

By midday, the price of Brent crude was little changed at $84.49 per barrel. The price of US WTI crude meanwhile, was similarly steady at $75.33.

The ability of the oil price to remain elevated at around four-year highs, comes amid a variety of developments, led by the upcoming US sanctions against Iran, which come into full force on November 4th.

As most of the world will be required by the US sanctions to no longer buy their oil from Iran, OPEC, whom Iran is a member of, has been struggling to significantly increase its levels of supply. That’s partly because Iran is at liberty to retain its output quota and ensure OPEC doesn’t allow any other supplier to replace it.

It’s also interesting that the oil price remains high, even though Russia increased its output during September, to a record high level of 11.356 million barrels of oil and condensate a day.

Russia is not part of OPEC, but it is part of the broader output cap agreement.

Oil price could hit $100 per barrel

“Our oil analysts believe there is now a growing risk it (crude) could touch $100 per barrel,” HSBC said.

That comes as the overall supply of oil looks set to decline, post US sanctions against Iran and despite increases from Russia and Saudi Arabia.

An increasing number of analysts anticipate that large oil storage drawdowns will be required to ensure enough oil is available.