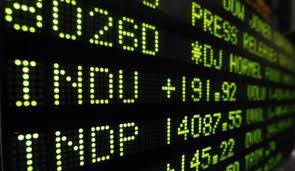 The UK benchmark index has jumped in London in today’s session, with investors digesting the outcome of the mid-term elections on the other side of the Atlantic. At home, Marks & Spencer (LON:MKS) and ITV (LON:ITV) are under pressure after posting their respective results.

As of 12:32 GMT, the Footsie had added 75.22 points to stand 1.07 percent higher at 7,115.90. Sentiment has been upbeat in today’s session following the outcome of the US mid-term elections which saw the Democrats win control of the House of Representatives.

“From the market’s perspective the most positive outcome in the near term for stocks would have been if the Republicans had retained their House majority as further fiscal stimulus in the form of additional tax cuts and infrastructure spending would provide another Trump bump,” David Cheetham, chief market analyst at XTB Online Trading, commented, as quoted by the BBC. “However, this may have led to greater long term problems for equities with these actions likely being met with higher bond yields and a tighter Fed policy.”

In individual FTSE 100 movers, shares in Marks & Spencer have lost ground after the high street retailer revealed that its sales had continued to decline in the first half of its financial year, noting that it expects little improvement for the full year. The group’s shares are currently changing hands 2.15 percent lower at 296.00p.

Over at ITV, investors are reacting negatively to the group’s outlook, with the blue-chip broadcaster cautioning that advertising would drop in the last quarter of 2018. ITV’s shares are 5.02 percent down at 146.50p.