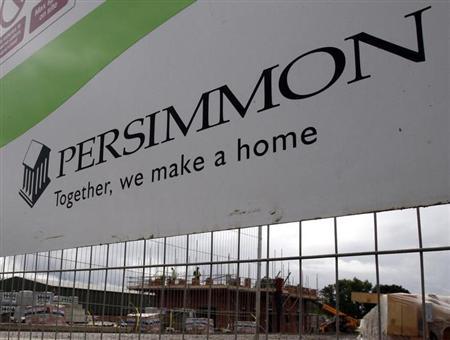 Persimmon’s (LON:PSN) chief executive is stepping down following a row over his £75-million pay package. The company has separately posted its third-quarter statement, disclosing a rise private sales.

Persimmon’s share price has gained ground in today’s session, having added 1.06 percent to 2,381.00p as of 10:23 GMT. The advance is largely in line with the broader market rally which has seen the benchmark FTSE 100 index gain 1.18 percent to 7,123.80 points so far today. The group’s shares have given up just under 17 percent of their value over the past year, as compared with about a five-percent dip in the Footsie.

Persimmon announced in a statement this morning that by mutual agreement and at the request of the company, its chief executive Jeff Fairburn was to step down.

“The Board believes that the distraction around his remuneration from the 2012 LTIP [long-term incentive plan] scheme continues to have a negative impact on the reputation of the business and consequently on Jeff’s ability to continue in his role,” the blue-chip housebuilder explained in the statement.

The company said that David Jenkinson, currently Group Managing Director, will be appointed as interim CEO and will assume the new role on December 31, which will mark Fairburn’s departure from the company. Persimmon noted that the Board had kicked off a process to find a permanent successor.

The blue-chip housebuilder said in a separate statement that its private sales were three percent ahead of last year since the group’s half-year results on August 21. The group’s outlet network meanwhile has been about five-percent stronger through this period and is expected to continue to support sales through into next year.