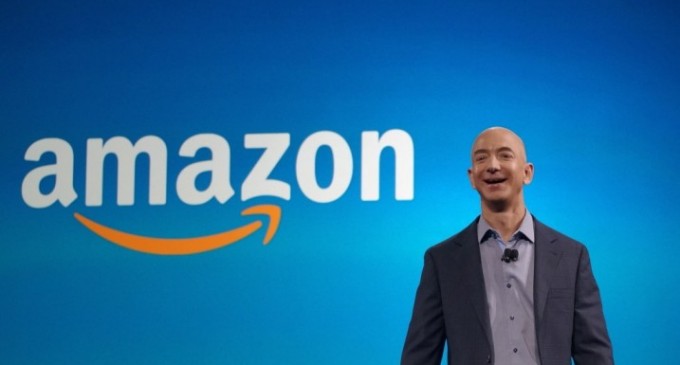 Written by:
Ilona Billington
13th November 2018
Are you looking for fast-news, hot-tips and market analysis? Sign-up for the Invezz newsletter, today.

Amazon shares have opened in the green Tuesday, as reports abound that the tech giant has selected two cities to house its second US headquarters. The news, which has yet to be confirmed by Jeff Bezos’ business, brings a more than year-long process, to a near end.

Numerous reports, citing sources, have shared the news that Amazon has selected not one, but two cities, to home it’s second US head-quarters, outside of its first base in Seattle.

New York City and Northern Virginia are the two areas of the country that have reportedly been chosen by the tech and etail giant. That follows a long process in which Amazon invited proposals from cities around the US, to be the home to a major Amazon hub.

Some 234 applicants were whittled down to list of 20 finalists. And now, reports are suggesting that Long Island City, New York and the Crystal City area of Arlington, Virginia have been chosen to share the location of the much needed second Amazon head-quarters.

However, so far, Amazon hasn’t made any comment on the news. An announcement confirming the news is expected anytime and could come as soon as Tuesday.

Separately, Instinet analyst, Simeon Siegel has raised his 12-month price target on the tech stock. Siegel now sees the share price hitting €2,050 a year from ow, up from his previous target of €1,990. Instinet also retains its ‘buy’ rating on the stock.

Instinet’s Siegel said Amazon’s margins are beginning to benefit further, as the tech an etail giant is now becoming more of a mall than a single retailer.

Instinet is the latest group to raise its Amazon price target to above the $2,000 mark.