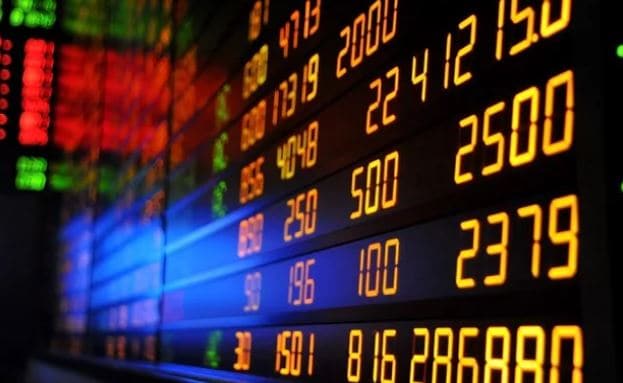 European shares are in the red Thursday, as a raft of UK cabinet resignations in the wake of the latest Brexit agreement, sank the British pound and weighed on investor sentiment. Ongoing concerns over Italy’s budget plans and the EU’s view on them, added to the discontent.

Following Wednesday’s announcement from UK Prime Minister Theresa May that her cabinet had agreed to the initial EU withdrawal plan, a number of ministers resigned Thursday, in protest against the plan.

That clear sign that much political dissensions remains, even though the PM had enough backing to move forward, proved a blow to stock markets. Subsequently, UK companies and other European firms with exposure to the UK, lost ground as risk aversion rose.

Banks and car manufacturers were among the big losers Thursday, while house builders also fell out of favour.

As if that wasn’t enough political turmoil for investors to handle, unrest over a potential showdown between the Italian government and the EU, over the former’s budget plan added to the weaker sentiment among market participants.

Auto stocks were among the major fallers, Thursday:

House builder stocks, meanwhile, were also hard hit, as prospects for property demand remain in the balance, as the impact of Brexit has been once again thrown into complete disarray.

Bucking the downbeat trend, were French industrials group Bouygues shares, which climbed 0.22% to trade at €32.62. The Paris-based conglomerate’s nine-months results came in above expectations.