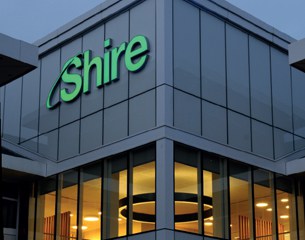 Shares in Shire (LON:SHP) have jumped in London in today’s session, outperforming the broader market, as shareholders in Takeda Pharmaceutical backed the Japanese group’s takeover of the UK rare disease specialist. The deal, however, remains contingent on approval by the London-listed group’s shareholders, with a vote scheduled for today.

As of 10:32 GMT, Shire’s share price had added 2.53 percent to stand at 4,665.30p. The shares are outperforming the broader market selloff with the benchmark FTSE 100 index currently standing 1.09 percent lower at 6,946.01 points, following sharp declines in the major US indices.

Takeda announced in a statement today that shareholders had backed the group’s proposed acquisition of Shire at an extraordinary general meeting which took place earlier in the day. The approval came even as it emerged earlier this week that investors holding some 20 percent of the Japanese drugmaker planned to vote against the deal.

“We are delighted that our shareholders have given their strong support to our acquisition of Shire,” Christophe Weber, President and Chief Executive Officer of Takeda, commented in the statement.

Reuters noted in its coverage of the news that following the acquisition, Takeda would be joining the ranks of the world’s top 10 drugmakers and gaining expertise in rare diseases through the deal, but that it will also become one of the most indebted, having secured $30.9 billion in bank loans in addition to issuing new shares.

Deal expected to complete next month

Takeda noted in today’s statement that the completion of the acquisition is expected to take place on January 8, pending approval from Shire’s shareholders, with a vote scheduled later today.

The deal comes after US drugmaker AbbVie scrapped its agreed takeover of the London-listed rare disease specialist back in 2014.