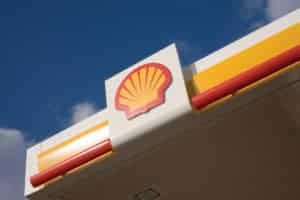 Royal Dutch Shell’s (LON:RDSA) share price has taken a hit this morning as the blue-chip oil major revealed a drop in profits, having suffered from lower crude prices. The update follows FTSE 100 peer BP’s (LON:BP) better-than-expected results earlier in the week.As of 09:54 BST, Shell’s share price had given up 4.68 percent to 2,468.00p, pressuring the benchmark FTSE 100 index which currently stands 0.28 percent lower at 7,565.43 points. The group’s shares have given up more than four percent of their value over the past year, as compared with about a 1.2-percent fall in the Footsie.Shell posts fall in Q2 profitsShell announced in a statement this morning that its current cost of supply earnings attributable to shareholders had fallen to $3.5 billion in the second quarter, on the back of lower oil, gas and LNG prices, weaker realised chemicals and refining margins as well as higher provisions, partly offset by improved production. Earnings also included a negative impact of $63 million related to the implementation of the IFRS 16 accounting standard.“We have delivered good cash flow performance, despite earnings volatility, in a quarter that has seen challenging macroeconomic conditions in refining and chemicals as well as lower gas prices,” Shell’s chief executive Ben van Beurden commented in the statement, adding, however, that its 2020 outlook remained unchanged.The oil major further noted that it was launching the next tranche of its share buyback programme,  with a maximum aggregate consideration of $2.75 billion in the period up to and including October 28.Analysts weigh in on results“This set of earnings is weaker than most were looking for and were below expectations in all the main divisions,” Morgan Stanley analyst Martijn Rats said, as quoted by the BBC. “Earnings remain hard to forecast and volatile.”According to MarketBeat, the Anglo-Dutch oil major currently has a consensus ‘buy’ rating, while the average target on the Barclays share price stands at 2,978.50p.