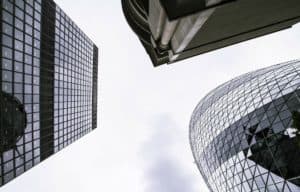 Royal Bank of Scotland Group’s (LON:RBS) share price has fallen deep into the red in London this Thursday, suffering from analyst comments. The news follows the bailed-out bank’s interims earlier this month when the company cautioned on its 2020 targets.

As of 10:09 BST, RBS’ share price had given up 9.35 percent to 179.90p, underperforming the benchmark FTSE 100 index which currently stands 0.78 percent lower at 7,092.42 points. The group’s shares have given up more than 17 percent of their value over the past year, as compared with about a five-percent fall in the Footsie.

UBS reaffirmed its ‘buy’ rating on RBS today, while trimming its valuation on the shares from 285p to 265p.

The broker, however, reckons that the stock is oversold, and that the lender’s capacity to return excess and future surplus capital generation is undervalued.

UBS trimmed its earnings per share estimates for RBS for 2020 to 2022 by 12-16 percent, on account of more bearish assumptions on interest margins and limited additional cost flexibility.

Other analysts on bailed-out lender

Macquarie downgraded RBS to ‘neutral’ today, trimming its valuation on the stock from 246p to 201p, while Goldman Sachs reaffirmed the bailed-out lender as a ‘buy’ yesterday, without specifying a target on the RBS share price. According to MarketBeat, the blue-chip group currently has a consensus ‘buy’ rating and an average valuation of 284.08p.