FTSE 100 Remains Unchanged At The Start Of A New Week 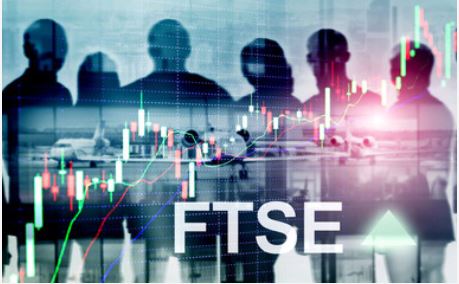 Blame it on the global economic situation, the uncertainty revolving Brexit, or the trade war of the United States of America with giants like China and the European Union, the manifestations on the financial markets have been severe. FTSE 100 index responded with a significant drop for much of the last week. Before the market close on Friday, however, the better than expected U.S unemployment report fueled a hike of 78 points with Footsie closing the week at 7,155.

The market forecast expected it to open around 10 points lower at 7,145 level on Monday. As per the latest reports, however, the FTSE 100 index has remained unchanged. The market opened at the same 7,155 level and has resonated between a high and low of 7,168 and 7,132 levels respectively, thus far.

Macro And Micro Events To Look For

The deadline for Brexit is approaching fast and the United States of America has invited the Chinese officials to hold negotiations regarding trade wars this week. While such macro events are surely going to be the focus as market movers, a few of the individual FTSE 100 companies’ affairs may be of importance for the interested investors.

According to a report by Financial Times on Sunday, Mr. Noel Quinn of HSBC (interim CEO), has announced that the bank is prepared to cut as many as 10,000 jobs in an attempt to control the banking group’s costs. The share prices for HSBC has dropped by 0.7% in response to the report.

With executive-level personnel change in Tesco and Sir John Kingman joining the U.K based multinational groceries and general merchandise retailer as a chairman, it is being expected to depict on the stock index in the short as well as in the long run. Vodafone has also started experimenting with the open access radio technology that it announced recently along with its all-new Gigafast Broadband service in the United Kingdom. Aiming at joining Nokia, Ericson, and Huawei, as leaders of Telco equipment market, its impact on the stock index is yet to be seen.

As per the Halifax house price index data, the housebuilding sector has experienced a fall of 0.4% (month to month basis) in terms of house prices. A drop of 0.6% has been reported in Taylor Wimpey PLC as a response while Persimmon PLC ended up as the worst performer for the FTSE 100 index with the most significant drop of 0.9%. The former is currently trading at 148.32p while the latter is 2,076p level.