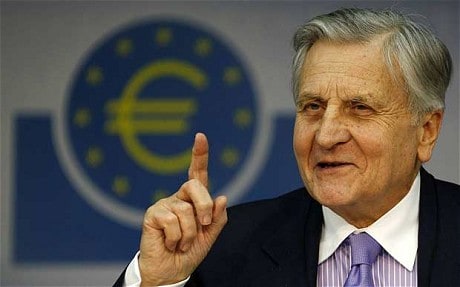 Despite the raging success that cryptocurrencies have achieved in the last several years, they still continue to attract strong criticism from a few select groups. Unsurprisingly enough, bankers are among the most vocal critics of the emerging technologies.

Recently, however, some of the banks even decided to partner up with blockchain-based companies, such as Ripple, and even indirectly use cryptocurrencies to make faster international payments. But, Facebook’s announcement of Libra earlier this year once again sparked some of the most vocal nay-sayers to emerge with new criticism, likely in fear of the upcoming coin’s potential success.

While Libra may be what sparked the new wave of anti-crypto arguments, it is certainly not the only coin to be bashed by crypto skeptics. Bitcoin itself saw a lot of additional criticism, likely sparked by its recovering price, which surged earlier this year.

The new bashing of Bitcoin and Libra alike came from Jean-Claude Trichet, the former president of ECB (European Central Bank), who claimed that these assets are not even real money, much less the future of finances.

Obviously, Trichet did not hide his feelings towards Bitcoin, openly stating that he is strongly against it during the recent Caixin’s annual conference in Beijing. His speech was reported by the local media outlet known as the South China Morning Post.

According to the publication, Trichet stated that Bitcoin is not real, as it doesn’t have the characteristics that a currency needs to possess to be considered ‘real money.’ Furthermore, he also noted that there is quite a bit of speculation involved with Bitcoin and other cryptos, which is ‘not healthy.’

He did not spare stablecoins either, despite their dependence on fiat currencies and price stability. He still sees a lot of speculation regarding them, once again repeating that this is not healthy for the future of finances.

The crypto community had quite high expectations of Bitcoin back in 2017 when the prices surged to previously unimaginable heights. However, the adoption of the crypto trend ended up being a lot slower process than many had previously hoped for.

Still, the adoption is still progressing, albeit slowly, and many have found it interesting that Trichet’s new wave of bashing digital coins came just as rumors that China might relax its crypto regulations started to emerge. China has had a major shift in attitude towards crypto and blockchain technologies recently, with its president recently praising the blockchain, while the country revoked its suggestion that crypto mining should be banned.

Trichet concluded by saying that the world is already in a domain with much less physical currency. While he admits that physical money might be left behind, he is against the idea that cryptocurrencies should be the ones to replace it.

A journalist, with experience in web journalism and marketing. Ali holds a master's degree in finance and enjoys writing about cryptocurrencies and fintech. Ali’s work has been published on a number of cryptocurrency publications. Raza is the co-founder of 5Gist.com, too, a site dedicated to educating people on 5G technology.
Related news
Bitfinex rolls out paper trading of live crypto markets
6th July, 13:06
NEM (XEM) price on the rise again
4th July, 12:21
Litecoin (LTC) price keeps heading down towards its largest support
4th July, 10:27
Kyber Network (KNC) just hit a 2-year high
4th July, 10:09
Hackers use Ravencoin flaw to mint 1.5% of its maximum supply
4th July, 10:04
Invezz uses cookies to provide you with a great user experience. By using Invezz, you accept our privacy policy.