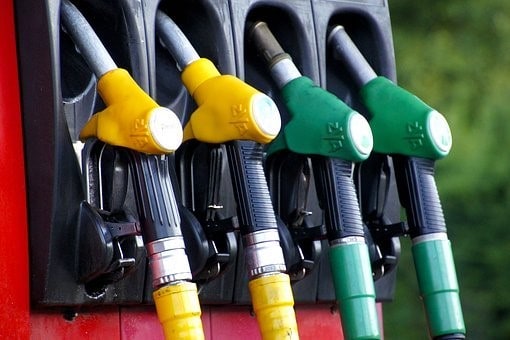 Written by:
Damian Wood
30th November 2019
Are you looking for fast-news, hot-tips and market analysis? Sign-up for the Invezz newsletter, today.

Panic occasioned by scarcity of diesel and other middle distillates arising from recently introduced marine pollution rules has faded, even as distillate premiums recorded new lows in two years.

Beginning January next year under new pollution control rules approved by the International Maritime Organization (IMO), all ships operating in oceans will be required to run using fuel with minimal amounts of Sulphur. Alternatively, the ships will be required to use exhaust gas cleaning systems called scrubbers.

But ship owners and fuel traders expressed their concerns warning that switching to low-Sulphur fuel oil (LSFO) or marine gasoline (MGO) from high-Sulphur fuel oil (HSFO) could cause a shortage and price hikes.

But just like other distillate fuels such as those used by railroads, airlines, oil and gas drillers, marine fuel is well-refined.

In March this year, the U.S. Council of Economic Advisers through a report cautioned stakeholders saying that a shortage of gasoline could hike prices for other users who in turn, may shift the burden to manufacturers and consumers.

“The shortfall will likely trigger higher prices, though estimates of price shocks to fuels including diesel, gasoline, and jet fuel vary widely,” read a section of the Council’s annual report.

“U.S. fuel consumers may pay higher prices in the medium term as a result,” the Council said (“Economic Report of the President”, CEA, 2019).

But the forecasted marine fuel has failed to take place with stocks of gasoline and other middle distillates remaining fairly stable.

Gasoline futures prices for inventories delivered in the course of next year stand at $17 per barrel higher than Brent, denoting a drop from last year’s margin of $19 during the same period. The numbers show no sign of price pressure.

Gasoline futures are trading backward but the six-months calendar is not large by the standard of the past decade and is certainly narrower than the Brent backwardation.

Position reports drafted by the U.S. Commodity Futures Trading Commission and ICE Futures Europe stated that hedge funds are not expecting acute shortages of mid-distillates in the near future.

Fund managers are anticipating stronger distillate prices rather than drops, coupled with bullish versus bearish position ratios of 1.6:1.

But portfolio managers are not as bullish about crude, with the long-short ratio in futures and options being 3.7:1.