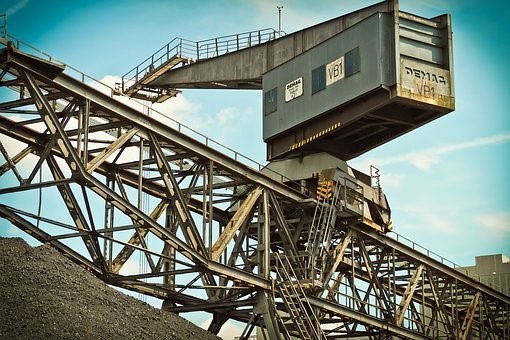 Together with partners Barry Stimpson and Jessica Kenworthy, Squire Patton Boggs has officially launched a Commodities and Shipping Group that will operate globally. The other two partners will be stationed in the new company’s Singapore branch.

“This is an area in which we already have strong capabilities in London, Australia, and the US, and with the addition of this team and future hires in the pipeline, we expect to very quickly ascend to become one of the premier firms in the commodities and shipping space,” Mark Ruehlmann, Chairman and Global CEO said.

“Barry and Jessica are leaders in their field with sophisticated global practices and we are very excited to have them join us,” added Squire Patton Boggs’ Global Managing Partner for Clients & Strategy, Steve Mahon.

Barry Stimpson, who brings on board more than 25 years of experience in matters to do with international trade, shipping, offshore energy, construction, and insurance has held various positions in the stated fields around the world including in London, Hong Kong, Singapore, and Sydney. He is a founding partner of Reed Smith’s Singapore branch and also its Office Managing Partner from 2016 to 2018.

Stimpson has been recognized and ranked by international legal directories for his outstanding contribution to the legal space. He is a Fellow and Panel Arbitrator of the Australian Centre for International Commercial Arbitration (ACICA) and also a Fellow of the Chartered Institute of Arbitrators (FCIArb).

Ms. Kenworthy, on the other hand, is also an accomplished legal practitioner with a specialization in complex commodity financings and ship financings. She has acted on behalf of dozens of lenders in commodity finance related transactions such as trading houses and multilateral negotiations.

Ms. Kenworthy has been involved in several award-winning undertakings, including deals in Indonesia, Mongolia, Greece, Ukraine, and China.

On his newfound venture, Mr. Stimpson said: “Squire Patton Boggs’ Asia-Pacific network and its presence across the Middle East, London, Europe, and the US, as well as its commitment to growing a global, market-leading commodities and shipping practice,  makes the firm an ideal place to serve the diverse needs of our global clients. I’m very excited to be joining the firm and growing the practice.”

“I am delighted to be joining Squire Patton Boggs and contributing to their strong global financial industries practice and working alongside leading commodities and shipping lawyers. The culture and drive of Squire Patton Boggs to ensure its commodities and shipping capabilities are market-leading, attractive and competitive for clients have been very compelling, and I look forward to working closely with the teams in Asia-Pacific, the Middle East, London, and the US,” Ms. Kenworthy added.

The new Global Commodities and Shipment Group will offer multiple legal services relating to international trade and shipping across all commodity industries including but not limited to renewable energy, regulatory matters, environmental law, among other areas.

Related news
The price of gold is up 30% since March, is it still a buy?
20th September, 11:12
Crude Oil Prices Tumble Amid Raising Concerns Over Libya
14th September, 15:22
Gold prices trading sideways as ECB fails to offer new stimulus cues
14th September, 11:01
A look at the energy sector after Exxon’s boot from the Dow
26th August, 01:16
Crude oil price continues to range as OPEC+ works to offset oversupply
22nd August, 14:07