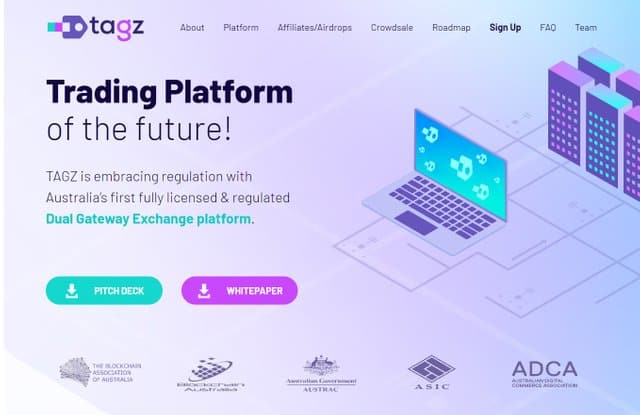 The crypto space has changed a lot in 2019, from generally higher prices for some of the coins to major advancements in the area of regulations and projects that were announced throughout the year. However, perhaps the most important change for traders is the arrival of a new exchange, TAGZ, which became the new largest crypto exchange according to trading volumes.

The Australian exchange was launched earlier this year, but that did not stop it from quickly rising through the ranks, and decrowning Binance and Coinbase.

The exchange originally went live in March, and it had its beta release in September of this year. In terms of 24-hour volume, it even managed to outperform BitMEX, which is the largest Bitcoin derivatives market. Its 24-hour volume surged to $3 billion, while BitMEX only has $1 billion.

Further, it also outperformed BitMEX when it comes to its 7-day volume, with $18 billion in total. The exchange currently has around 465,000 users, and it has been at the top for 10 days in a row.

TAGZ accused of being a scam – by scammers

TAGZ’s unexpected climb to the top might be surprising, and it might even lead many to question whether its reported numbers are legitimate. Its CEO, Bryan Seiler, admitted that many unregulated exchanges often fake their numbers in order to make themselves seem more active and attractive. However, TAGZ is fully licensed and regulated with AUSTRAC, which means that it cannot fake numbers without it being revealed.

The reason why it became so popular is the fact that it features zero trading fees, which attracted traders from around the globe. It does have slightly higher withdrawal fees, but it also provides instant withdrawals, which is another plus in the eyes of its users.

The exchange also has a very user-friendly interface, which makes it easy to use. Its goal is to become the world’s greatest altcoin hub, and so far, it has done a pretty good job at achieving it. It is the first fully regulated exchange in Australia, which also contributed to its growth.

While it was also accused of being a scam due to its CEO’s connection to the Fitrova project, Seiler has since cleared out the air regarding the matter, while the exchange itself proved its legitimacy. At the same time, the handles of those who had accused it of being a scam indicate that those same accounts were participants of the infamous scam.