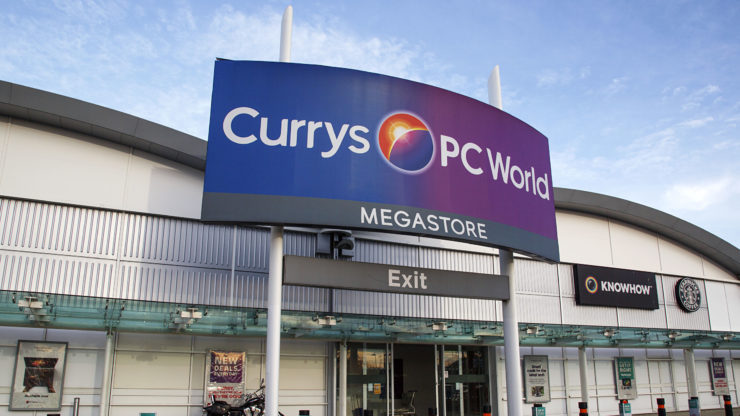 Dixons Carphone (LON: DC) revealed a 50% decline in its full-year profits on Wednesday due to the Coronavirus restrictions. The company attributed the decline particularly to the dovish performance of its mobile division. Earlier this week, AO World printed a 53.6% jump in annual core earnings as COVID-19 fuelled online shopping.

The company said that its mobile division that primarily operates in the United Kingdom and Ireland saw a 20% decline in sales in recent months as COVID-19 pushed it into temporarily shutting down stores.

At £166 million, Dixons’ adjusted pre-tax profit came in significantly lower than £339 million in the previous year despite relatively higher demand for gaming devices, networking kits, and laptops amidst the lockdown.

CEO Alex Baldock of the British multinational electricals and telecommunications retailer acknowledged that 2020 is expected to be challenging for the company due to the pandemic that has so far infected a little under 300,000 people in the United Kingdom and caused over 44,500 deaths.

In the long run, however, Baldock expressed confidence that demand for Dixon’s products will pick up as employees continue to work from home and explore ways to stay connected despite restrictions.

Anticipating consumer spending to remain under pressure in 2020, the CEO highlighted that Dixon’s turnaround plans are now likely to take longer than initially estimated. The owner of PC World and Currys in the United Kingdom announced to have suspended its full-year dividend in April.

Citing the rising Coronavirus uncertainty, however, the London-based company refrained from giving future guidance. At the time of writing, Dixons currently has a market capitalisation of £942.50 million and a price to earnings ratio of 11.67.

In separate news, retailer ASOS said its sales jumped about 10% during the lockdown. It also added that it will not benefit from the state-backed financial support that incentivises employers on recalling its furloughed workers. ASOS had placed 1,000 of its employees on furlough.