What health stocks are in play post-U.S. election? 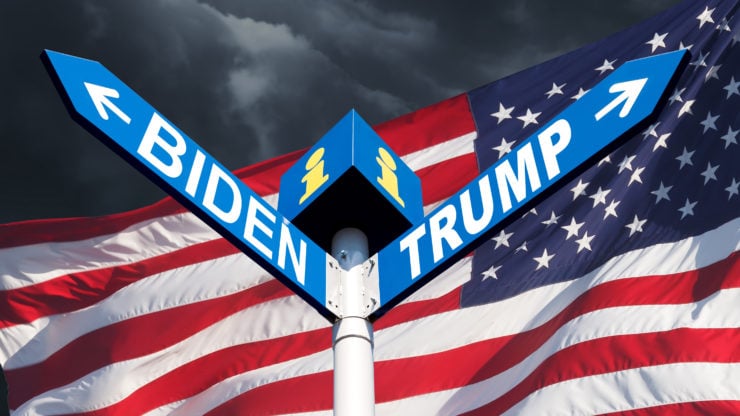 The U.S. presidential election is less than 50 days away and the health care sector could prove to be the most impacted. On Monday, Chantico Global CEO Gina Sanchez laid out on CNBC’s “Trading Nation” her outlook for either a Donald Trump re-election or a Joe Biden victory.

If The Republic party under current President Donald Trump remains in the White House for at least another four more years, the Affordable Care Act could become weakened, Sanchez said. According to CNBC, this would benefit the iShares U.S. Pharmaceuticals ETF (NYSE: IHE).

Looking at the charts, the Pharmaceuticals ETF is trading near the upper end of an upward trending price channel, Piper Sandler Chief Market Technician Craig Johnson also said on “Trading Nation.” The charts also make the case for an ongoing rally that would result in “great relative outperformance.”

One of the more notable names in the ETF includes Abbott Laboratories (NYSE: ABT) but Johnson said he prefers two other names that are flying a bit off of investors’ radars.

The first stock is Steris PLC (NYSE: STE), a specialist in sterilization and surgical equipment. The stock is up 12% in 2020 as it is stuck in a period of consolidating sideways and this pattern could improve.

His other pick, Tandem Diabetes Care Inc (NASDAQ: TNDM), is up by more than 80% this year.

Perhaps among the two, Steris has much more room to go higher after Tandem already recorded strong gains. Johnson said Steris’ stock could pick up momentum and move $20 per share higher from current levels.

“These kinds of equipment makers are really where the relative outperforms is coming from,” he said. “And that’s how we are trying to position ourselves into the best relative performing names in the election.”

If former Vice President Joe Biden moves back to Washington as part of a Democrat win on election date, the administration could be seen as a tailwind for equipment makers, Sanchez also said. Companies that are heavily involved in testing people for COVID-19 and tracing them will “hugely benefit.”

“I think there are winners in both scenarios but they are not the same,” he said.

Biotechs will benefit regardless

Regardless of who is the president over the coming four year period, biotech stocks will benefit, she said. This is due to the continued push towards new novel therapies to treat the COVID-19 illness.

“I actually think the biotechs could win in either scenario,” she concluded.