USD/KRW under pressure after Bank of Korea rate decision 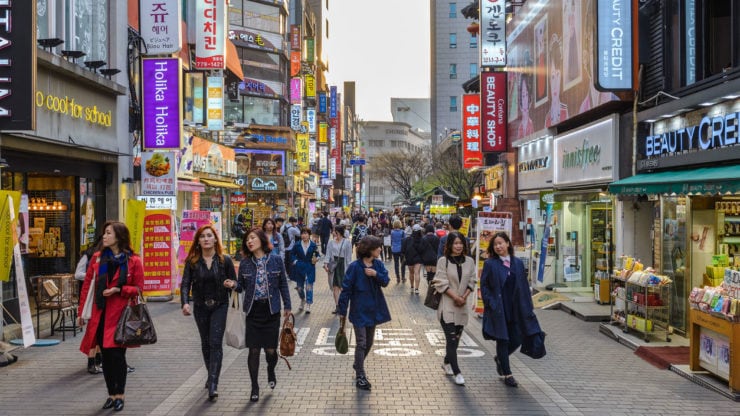 The USD/KRW price declined by ~0.45% as the market reacted to the latest Bank of Korea interest rate decision. The pair is trading at 1142.91, which is the lowest it has been since April 2019.

The Bank of Korea (BoK) concluded its two-day monetary policy meeting today and delivered its interest rate decision. It left the base rate unchanged at 0.50% for the fourth consecutive month. This decision was in line with what most analysts polled by Bloomberg were expecting. The bank has already slashed 75 basis points this year.

In the statement, the bank said that the South Korean economy was on a recovery path, albeit at a slower pace. It attributed this recovery on increased private consumption and external demand. Indeed, exports, which account for more than half of the economy rose for the first time in months in September.

The bank now expects that the fourth-biggest Asian economy will contract by about 1.3% this year. The economy shrank by 3.2% in the second quarter after falling by 1.3% in the first quarter.

According to the BoK, the rate of consumer inflation has risen to about 1% mostly because of the severe weather, which affected food production. As a result, the core inflation, which excludes these volatile food and energy prices, is still low at around -0.1%. In the statement, the bank said:

“As the recovery in the Korean economy is expected to be slow and inflationary pressures on the demand-side are forecast to remain weak due to the COVID-19 pandemic, the Board will maintain its accommodative monetary policy stance.”

Other global central banks have not raised or cut interest rates recently. In Asia, the Bank of Japan has avoided any tweaks to its rates. Instead, it has focused on other tools such as quantitative easing. The same trend has happened in Canada, Australia, Europe, and the United States.

Also, there are signs that the Asian economy will recover. For one, data from China released yesterday showed that exports and imports from its Asian counterparts had continued to increase.

The daily chart shows that the USD/KRW price has been on a strong downward trend since peaking at 1291 in March. This week, the price dropped below the important support of 1151 and reached a low of 1143. This price is the lowest it has been since last year.

It remains below the 15-day and 25-day exponential moving averages. It is also below the descending trendline that is shown in pink. Therefore, it seems like bears are in total control, which means that the price will continue falling. Start your trading journey with our free forex trading courses.