DXY: US dollar index ranging as bank earnings gets underway 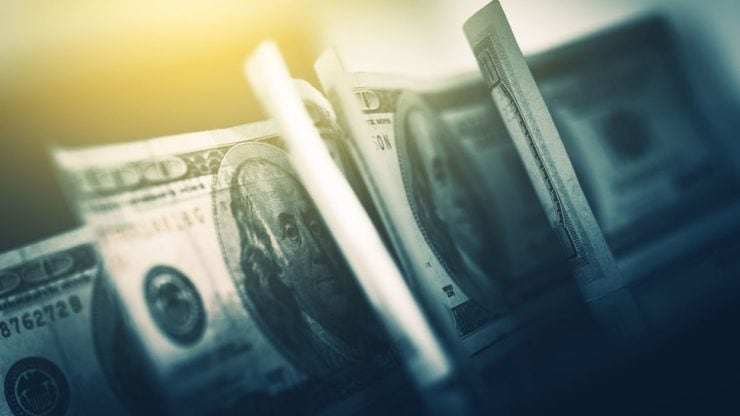 The US dollar index (DXY) is in a tight range as the US election nears and as the earnings season gets underway. The index is trading at $93.3, which is in the same range it has been this week.

The dollar index has been in a tight range, three weeks to the upcoming US election. Recent polls show that Joe Biden has better chances of winning the election. For example, the average national poll puts Biden at a 52% chance of winning compared to Donald Trump’s 42%.

The same situation is being seen in fundraising, where Biden has raised more money than the incumbent president. Similarly, analysts and money managers polled by Bloomberg believe that the former vice president will win the election.

The two sides have different visions of the US. On the one hand, a Trump re-election would mean more deregulation and lower taxes. However, it would also mean more trade conflicts between the US and its key trading partners like China and the European Union.

On the other hand, a Biden victory would mean higher taxes for companies and households and more regulations. However, he would seek to polish the US trade relationships with the rest of the world.

The dollar index has also been calm as the earning season gets underway. This week, some of the biggest companies in the US have released mixed earnings. For example, on Tuesday, JP Morgan released better-than-expected results. It made more than £7.9 billion in profits as its revenue soared to £22.5 billion.

Similarly, banks like Citigroup and Goldman Sachs reported better results. The latter’s profits rose mostly because of its trading division, whose revenue almost doubled. On the other hand, Wells Fargo and Bank of America reported weak earnings, which is a sign that they are still suffering from the impacts of the pandemic.

This week, more big American companies will release their earnings. Among those to watch will be Morgan Stanley, Charles Schwab, Truist Financial, Walgreens, and Bank of New York Mellon, among others.

Later today, the dollar index will react to the US jobless claims data and manufacturing index numbers from the Philadelphia and New York central banks.

The two-hour chart shows that the dollar index has been in a relatively tight range recently. This is evidenced by the fact that it is trading at the same level as the 25-day and 15-day exponential moving averages. The pair seems to be forming a bearish flag pattern after it fell sharply yesterday. This flag, which is shown in pink, is usually a continuation pattern, which means that the price will likely breakout lower. If this happens, the next support level to watch will be $93.25, which is its lowest level yesterday. Start your trading career by reading our reviews of the best online brokers.