Next Wednesday’s Federal Reserve decision looms large. While hiking the federal funds rate in January is out of the question due to the ongoing tapering, the Fed may still surprise financial markets

On Wednesday, the Federal Reserve of the United States will publish its first FOMC Statement in 2022. The market priced in the first rate hike of a new tightening cycle for the March meeting, but this does not mean that the Wednesday meeting should be discarded.

Third, the stock market is well off its highs, putting pressure on the Fed. So what are the ways the Fed might surprise markets next week? 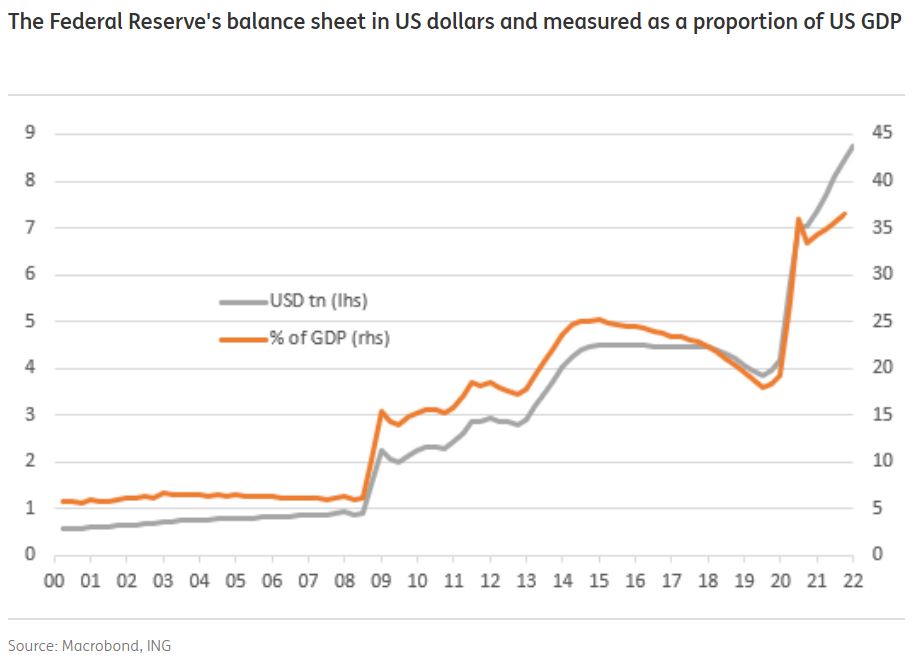 The Fed may surprise financial markets by announcing a faster tapering rate of its asset purchases. The central bank ran a massive quantitative easing program in response to the COVD-19 pandemic and is now scaling it back.

However, tapering is not tightening – it is still easing, albeit slower. In other words, the Fed still buys assets, expanding its balance sheet and thus keeping financial conditions accommodative.

The tapering is forecast to end in March, and the Fed made it clear that it won’t hike the federal funds rate while still tapering. Hence, a faster tapering will cement the first interest rate hike for March.

Another way to surprise is to hint at more hikes in 2022. December inflation settled at 7% YoY, a level not seen in almost 40 years.

Therefore, the Fed is pressured to act to regain its credibility. Moreover, the annual rotation in the FOMC voters is a hawkish one. Bullard, Mester, and George replace Daly, Bostic, Barkin, and Evans. The fourth name to vote is yet to be announced, as a new Boston Fed chief is expected. Bullard is a renowned hawk thus, the risks for a more hawkish FOMC are tilted to the upside.

Hint at a 50bp rate hike in March

The Fed may even hint at a 50bp rate hike in March to curb inflation expectations. While it seems improbable, some market participants do not rule out such a decision, arguing that the Fed is behind the curve while inflation is well above the target.