EUR/USD trades close to the 1.10 level, and it is in free-falling as the Russia-Ukraine war intensifies. What is the next important level to watch from a technical analysis perspective?

The war in Ukraine started barely a week ago, and its ravaging impact is already seen everywhere. From the loss of lives to long-term economic consequences, war never brings anything good.

Western nations imposed sanctions against the aggressor, Russia. However, the sanctions also have an impact on the European economies due to the fact that many European companies exited the Russian market in retaliation.

Moreover, Europe faces a tough time ahead. Only five weeks ago, the ECB hinted that it would tighten its monetary policy as inflation soars. Now that the conflict in Eastern Europe started, the ECB would likely postpone its plans.

Naturally, the common currency is the first one to reflect the war’s misery. EUR/USD dropped five hundred pips and now trades close to the 1.10 level.

So what comes next from a technical perspective? 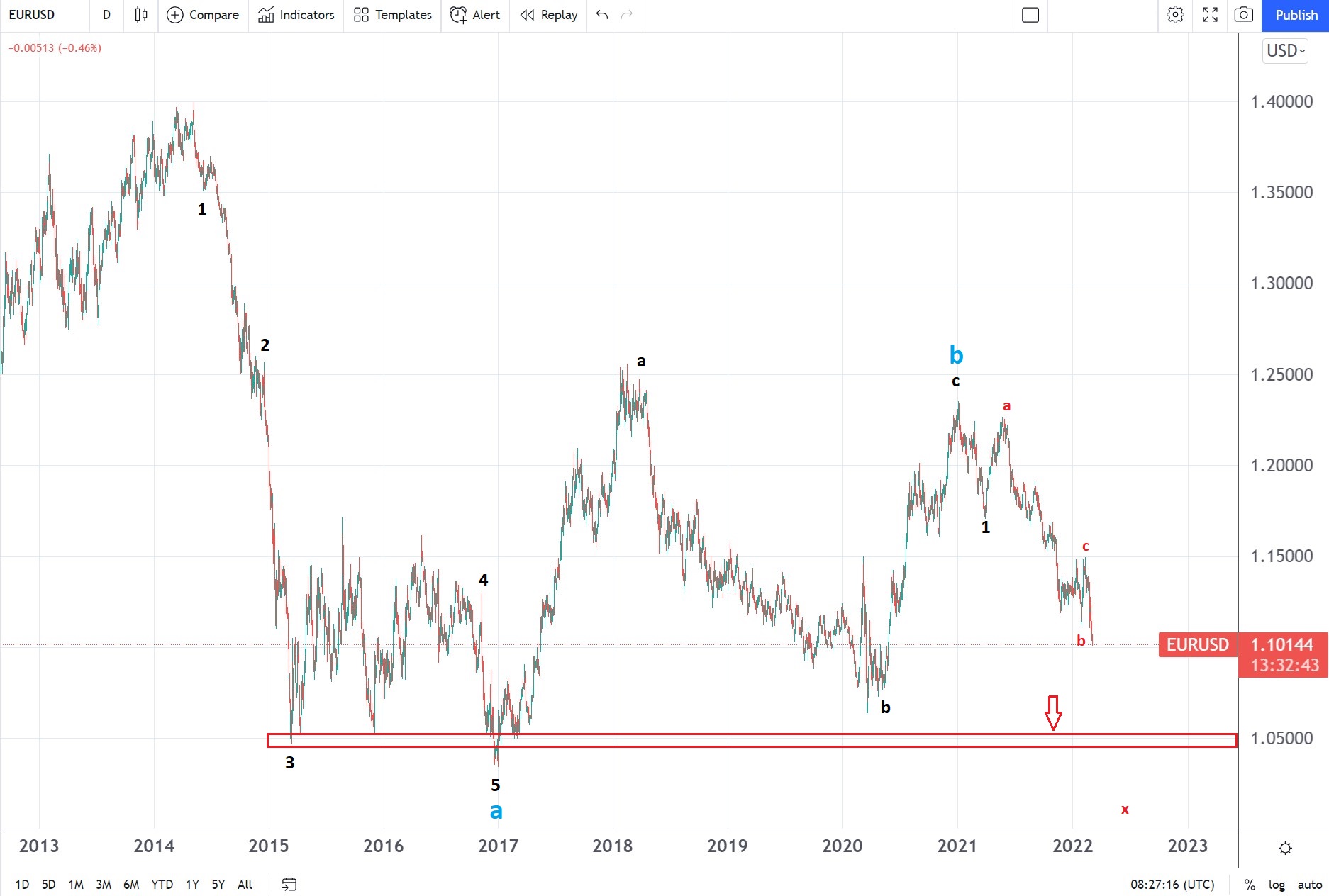 The Elliott Waves theory is based on counting impulsive and corrective waves the market makes. Technical traders use numbers for impulsive waves and letters for corrective ones.

For a proper analysis, we need to go back to 2014. An impulsive wave began then, which ended with Trump’s election in the United States. That marks the end of wave a, shown in blue – the first segment of a zigzag pattern.

What followed is an a-b-c or a flat with a failure pattern. Such a pattern signals a countertrend strength and also marks the end of the b-wave in blue.

At present, the market is evolving in an impulsive wave. Currently, the second wave is in progress as a running correction. On its way to complete the x-wave, or the connective wave, it should break to a new low below 1.05.

To sum up, the EUR/USD is bearish, and parity is the next major level to watch.