Best blockchain stocks to buy in 2022

The blockchain offers the potential for a completely new form of the internet based on revolutionary new technology. This guide picks out the best blockchain stocks to own right now.
By: James Knight

When he isn’t at work, James is an avid trader and golfer who likes to travel. He once fed,… read more.
Updated: Sep 22, 2021
Tip: our preferred broker is, eToro: visit & create account

Our experts have been through the markets and chosen their top five blockchain companies to invest in. This page explains how they came to their decision and shows you the best places to put your money this year.

What are the top blockchain stocks to buy?

The best ones are listed in the table below. You can read on to find out more detail about why each one was chosen and learn about their prospects for the future, or simply use the links in the table to see their latest stock price information.

Riot is a Bitcoin mining company. The company has been public since 2003 but only operated in its current form since 2017. Over the last few years it has built out its own mining operation, while it also sells infrastructure that lets other businesses mine the coins themselves.

The company’s fortunes rise and fall with the cryptocurrency markets and the price of Bitcoin. So 2021 was a great year, during which its stock value increased by more than 600% at its peak. As the markets waned later in the year, things settled down, but it still trades well above its price from a year earlier.

Riot’s potential lies in Bitcoin. Assuming the latter continues to increase in value and become an accepted means of payment, then Riot stock is likely to grow with it. Riot has invested in the infrastructure to make its mining process more efficient, so it consumes less energy while still creating hundreds more coins every year.

Marathon is another company that’s involved in Bitcoin mining. The company has invested heavily in mining equipment so that it can mine all sorts of different cryptocurrency. Like Riot, it’s new to the crypto game: having been a public company for a long time, it only moved into mining in 2020.

That move did wonders for its share price, as it rose more than 1,000% between November 2020 and the middle of the crypto bull market in April the following year. Marathon gets paid in Bitcoin for the coins it creates so, as with Riot, the share price tends to reflect the volatility of Bitcoin itself.

There are reasons to be cautious with this type of company. It isn’t as established as Riot and doesn’t have the same mining capabilities yet. However, because it’s so closely tied to Bitcoin it offers an opportunity to invest in the cryptocurrency through a regulated stock market company, which might be safer than buying the coins themselves.

Square is a digital payments company that’s part-owned by Jack Dorsey, the man behind the social media platform, Twitter. Formed in 2009, Square really exploded into life in 2020 as it became a major player in the fintech game.

Part of that is down to the fact it now accepts Bitcoin payments. An approach that reflects Square’s disruptive, forward-thinking tactics. That sort of attitude took the share price from $80 in February 2020, before the pandemic hit, to over $250 a year later.

Dorsey in particular has been outspoken in support of cryptocurrency in general and Square routinely invests in companies that operate on the blockchain. That’s alongside a financial offering that’s continuing to expand, as the company now offers personal bank accounts and more payment options than ever. It’s a great stock to own and could rival PayPal in the years to come.

Canaan is a Chinese company that produces the hardware that’s used in cryptocurrency mining. Formed in 2013, it’s only been public in the United States since 2019. The company produces things like servers that are designed specifically for mining purposes.

Like the other mining companies in this list, its stock price tends to reflect the performance of cryptocurrency markets. 2021, then, was a fantastic year, as the stock rose 400% during the first few months, when Bitcoin surged to be worth $60,000 each.

As a producer of hardware rather than a company completely reliant on mining itself, Canaan is an alternative way to invest in cryptocurrency. Its ability to create data servers and microprocessors for specific purposes mean it could expand into other areas as well, and it might be a safer way to gain exposure to the crypto markets.

Hive is another mining company, this time based in Canada. It was the first public Bitcoin mining company when it listed on the Toronto stock exchange in 2017. Now, its operations extend well beyond just Bitcoin and it is one of the most diverse miners around.

Again, the stock did particularly well in 2021 as the crypto markets roared to all time highs. Along with mining coins, Hive holds many of them as well, so it can make money from simple price appreciation as well as the mining operations themselves. The stock was up 1,000% in 2021, although it’s still available much more cheaply than the competition.

One of the big advantages Hive has is the range of coins it’s involved in. Along with Bitcoin it mines Ether as well, and it’s a major client of the fourth company on this list, Canaan, from which it buys a lot of its mining equipment. With diverse operations and high quality hardware, Hive could be well placed to profit from the next big crypto boom.

Where to buy the best blockchain shares

Use one of the brokers below if you want to get your hands on some shares right away. All of the trading platforms in the table let you buy stocks in these companies and you can head to each website by following the links to get started.

1
Min. Deposit
$50
Promotion
User Score
10
Trade/invest in stocks with just $50
Invest for dividends and get payout on stocks on Ex-Dividend day
Over 11 payment methods, including PayPal
Start Trading
Description:
eToro is a multi-asset investment platform with more than 2000 assets, including FX, stocks, ETF’s, indices and commodities. eToro users can connect with, learn from, and copy or get copied by other users. Buying stocks on eToro is free and you can invest with as little as $50.
Payment Methods
Bank Transfer, Wire Transfer
Full regulations list:
CySEC, FCA
eToro USA LLC does not offer CFDs and makes no representation and assumes no liability as to the accuracy or completeness of the content of this publication, which has been prepared by our partner utilizing publicly available non-entity specific information about eToro. Your capital is at risk.
2
Min. Deposit
$1
Promotion
User Score
9.3
0 Commissions and no deposit minimums
Registered with and regulated by SEC and FINRA
Loss of cash protection
Start Trading
Description:
Financial company driven by technology and offering all-in-one self-directed investment platform that provides excellent user experience.
Payment Methods
Full regulations list:

What is a blockchain stock?

Any company that is involved in the blockchain industry, from businesses that focus on crypto mining to those that develop new software which is built on blockchain technology.

Are blockchain shares a good investment?

It depends on the company you choose, as they offer a wide variety of different services and are influenced by a range of factors. Generally, blockchain stocks are riskier and more volatile than most, as they are impacted by cryptocurrency markets which are difficult to predict.

The best way to invest in the blockchain is by starting small. Make sure to research the company in depth and consider how they might perform when there is less activity within cryptocurrency. Then it’s a good idea to balance out the risk by putting some money in more stable companies in other industries as well.

More than any other industry, cryptocurrency moves fast. Blockchain stocks can be affected by single tweets or by the hint of regulatory changes coming into effect. You need to follow the latest news so that you’re on top of any developments and can adjust your strategy accordingly.

Sign up to a broker to buy blockchain stocks

Autonomy Network, an off-the-shelf decentralized automation protocol, has officially integrated its AutoSwap dApp with Trader Joe on Avalanche (AVAX/USD), Invezz learned from a press release. This follows the successful integration with PancakeSwap on Binance Smart Chain (BSC). AutoSwap is the first dApp of its kind to offer recurring…

League of Kingdoms, the first MMO blockchain game of its kind, will release its native LOKA token to users on January 20. LOKA will promote growth of the game’s strong active user community, who already number more than 400,000, Invezz learned from a press release. Improving governance rights and utility…

AAX, a leading cryptocurrency exchange for institutional investors, has partnered with analysis provider The Tie to add more tools for users, Invezz learned from a press release. The integration will be finalized by the end of January. Through the partnership, AAX will be able to provide more detailed analysis of…

Axie Infinity to cater to millions of users through Ronin mainnet

Games require fast and cheap transactions and those on Ethereum (ETH/USD) cost $50-100 and take minutes, making its blockchain too expensive and too slow. Things had to change if Axie Infinity (AXS/USD), a blockchain-based trading and battling game that is partially owned and operated by its players, was…

CryptoStudio is an independent comparison and knowledge hub with data-driven decision-making tools, which will make it possible for users to make informed decisions in crypto markets regardless of their experience and backgrounds, Invezz learned from a press release. The startup was founded in Berlin. Exploring crypto lending Crypto assets have…
Fact-checking & references

James Knight
Lead content editor
When he isn’t at work, James is an avid trader and golfer who likes to travel. He once fed, rode, and ate an ostrich all on… read more. 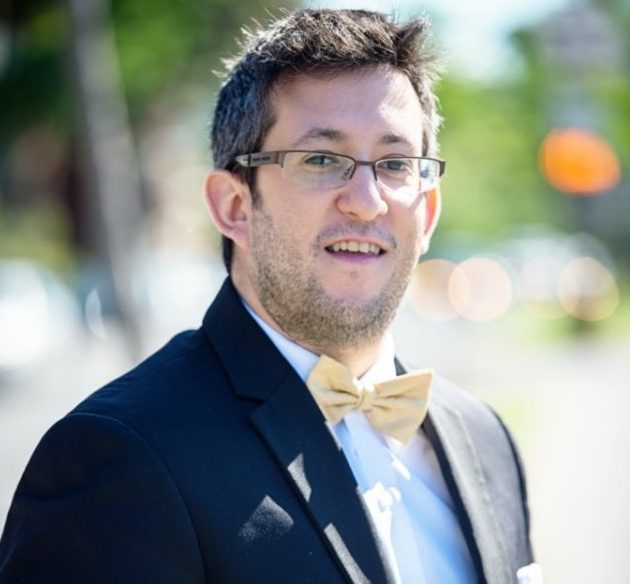 Jayson Derrick
Lead News Editor
Jayson lives in Montreal with his wife and daughter, loves watching hockey, and is on a lifelong quest to perfect the art of Texas style BBQ. read more.