Accuracy is our number one priority. Our editors constantly review content across Invezz, ensuring all information is up-to-date and maintained where necessary. Read more about our fact-checking process >

Tech stocks include some of the most well-known and popular companies in the world. Here are our expert picks for the best tech stocks to invest in this year.
By: James Knight

When he isn’t at work, James is an avid trader and golfer who likes to travel. He once fed, rode, and… read more.
Updated: May 28, 2021
Tip: our preferred broker is, eToro: visit & create account

On this page we pick the top five tech stocks and discuss the most important information about each one. Our experts have analysed the market to come up with these selections, so keep reading to find out the shares we’re most excited about right now.

What are the top tech stocks to buy?

These are the best tech companies to invest in. You can use the links in the table to find their most up to date share price, or read on to get a summary of why we’ve chosen each one.

Apple is one of the biggest brand names in the world. Since launching the iPhone in 2007, the Apple story has been one of near-constant success. Its share price has soared in the past decade, from just $10 in 2010 to over $100 by the end of 2020.

Over the last few years, Apple’s growth has made it the most valuable company on the planet. It’s the largest technology company around, and has a dedicated fanbase that routinely queues up around the block to buy new products on release day. That makes it more than deserving of top spot on our list.

Technology and computing are competitive areas, so Apple is going to keep innovating to hold the competition at bay. One of its next big frontiers is to bring the development of its chips in-house, rather than outsourcing them, which could help reduce costs and extend its competitive advantage.

Alphabet is the parent company of Google, which is the dominant force of the modern internet. The Google story has been another successful one, as the stock has never been valued below $54 – the price it was when it went public in 2004. It now trades at over $2000.

Google has been able to extend its grip to all areas of the online world. Products like Gmail, Docs, and Meet are used almost universally, the Google website is the most visited in the world, and two other leading sites – Youtube and Blogger – are owned by the Google machine.

It’s almost impossible to imagine a world without Google. It’s so embedded in our lives that it deserves its spot on this list. It’s expensive, but it’s a blue-chip stock with a great brand name and a long history of turning a profit.

Micron is the largest US producer of memory chips for computers. It makes chips that act as the main memory unit in PCs and smartphones, as well as some that offer long term data storage.

Although it’s not as high profile as the two companies above it, Micron makes this list because of the importance of what it makes. Demand for new computers and phones surged during the coronavirus pandemic, while cars and network servers also now need these chips to run their systems.

Chip manufacturing is very competitive, but the future is bright because the demand for them shows no sign of slowing. The increased electrification of cars, for example, is likely to drive demand for faster and faster chips. That should bode well for a company already well-established in the industry.

Synopsys is an American company that develops chips and software to power things like artificial intelligence, self-driving cars and the internet of things.

It’s ranked fourth on our list thanks in part to an extraordinary run where its share price grew by more than 400% in five years. It has played an important role in the rise of automation, developing the technology that powers more and more devices in our homes that connect to the internet.

Synopsys already boasts 8 out of the top 10 tech companies as its customers, as well as some of the leading manufacturers of automated vehicles. It looks to have a reliable revenue stream and produces some of the most advanced, in-demand technology in the industry.

The Taiwan Semiconductor Manufacturing Company, better known as TSMC, is the world’s leading manufacturer of semiconductors – computer chips that play a vital role in everything from mobile phones to cars.

Over the last few years TSMC has overtaken its major US rival, Intel, at the top of the semiconductor tree. It manufactures some of the most advanced chips in the world and it’s become a major part of the world economy as electronics has taken centre stage. Based in Taiwan, it’s in the middle of geopolitical toing and froing between the US and China.

Demand for semiconductors grew so fast in 2020 that it prompted serious shortages. It also caused TSMC’s share price to double that year. The demand is unlikely to slow down, but TSMC is investing significantly in producing more chips to meet it and it’s going to take a lot for anyone else to knock it off its perch.

Where to buy the best tech shares

To get any of these stocks right away, you need to use a broker. We have been through all the leading platforms to pick out the top brokers and listed them in the table below, so you can be sure that whichever one you choose is an excellent option.

1
Min. Deposit
$50
Exclusive promotion
Our score
10
Trade/invest in stocks with just $50
Invest for dividends and get payout on stocks on Ex-Dividend day
Over 11 payment methods, including PayPal
Start Trading
Description:
eToro is a multi-asset investment platform with more than 2000 assets, including FX, stocks, ETF’s, indices and commodities. eToro users can connect with, learn from, and copy or get copied by other users. Buying stocks on eToro is free and you can invest with as little as $50.
Payment Methods
Wire Transfer, Bank Transfer
Full regulations list:
CySEC, FCA
eToro USA LLC does not offer CFDs and makes no representation and assumes no liability as to the accuracy or completeness of the content of this publication, which has been prepared by our partner utilizing publicly available non-entity specific information about eToro. Your capital is at risk.
2
Min. Deposit
$10
Exclusive promotion
Our score
9.3
0% Commission Account
Low Spreads
Eco-Account Option
Start Trading
Description:
CedarFX is an eco-conscious broker offering 0% commission trading on 170+ assets, including Forex, Cryptocurrency Pairs, Stocks, Indices and Commodities. With up to 1:500 leverage, no-fee transactions and low spreads, traders can make the most of their funds. CedarFX also offers an Eco Account option to support tree planting and sustainability projects.
Payment Methods
Bitcoin, Credit Card, Debit Card
Full regulations list:
Please ensure that you fully understand the risks involved, taking into account your investments objectives and level of experience, before trading, and if necessary seek independent advice.
3
Min. Deposit
$1
Exclusive promotion
Our score
8.7
0 Commissions and no deposit minimums
Registered with and regulated by SEC and FINRA
Loss of cash protection
Start Trading
Description:
Financial company driven by technology and offering all-in-one self-directed investment platform that provides excellent user experience.
Payment Methods
Full regulations list:

What is a tech stock?

Any company that operates in the technology sector, which might mean developing new computer software or manufacturing the hardware that powers our phones. Tech stocks are often some of the most well-known companies around and offer up some of the biggest gains if you invest at the right time.

Are tech shares a good investment?

They are if you’re the sort of investor who’s happy to take a risk or to pay up for the top stocks on the market. Tech stocks are often priced quite high relative to how much profit they make, because they trade on future potential rather than their current numbers.

The reward for that extra risk is the potential for a big payoff, as tech stocks can grow much faster than companies in other sectors. Technology is only going to keep advancing, so owning some tech shares in your portfolio is a good idea, just be sure to balance them out with steadier stocks as well.

As with every industry, it’s important to track the latest news so you know about any new developments. In tech, that’s especially vital because releasing new technology can have a big impact on a company’s price. Use our news and analysis below to help you stay on top of what’s new.

Sign up to a broker to buy tech stocks

The Xbox unit generated $3.6 billion (£2.55 billion) in revenue for Microsoft Corp (NASDAQ: MSFT) in its recent financial quarter. In the future, however, the tech giant intends to take some, or even all of the console users to the cloud. Phil Spencer’s comments on CNBC’s “TechCheck” Commenting…

Toni Sacconaghi, senior research analyst at Bernstein, was on CNBC  to discuss his concerns on the valuation of Tesla Inc. (NASDAQ: TSLA). Shares of Tesla are down 0.9% in the morning trading today. The stock is down 17% year-to-date but still up by more than 200% for the…

Is the FAANG trade dead? this pro says no

David Bahnsen, chief investment officer at The Bahnsen Group, was on CNBC to talk about whether the FAANG trade is dead and whether dividend growers offer a good hedge against inflation. The moniker FAANG has been used to describe the big tech companies including Facebook Inc. (NASDAQ: FB),…

U.S. President Joe Biden signed an executive order on Wednesday revoking the former President Donald Trump’s order that sought to block the Chinese-owned apps like TikTok and WeChat from the U.S. app stores, according to The Wall Street Journal. The apps and their owners are still not out of…

Fastly Inc.’s (NYSE: FSLY) Senior Vice President Nick Rockwell shared a blog post on the company’s website to discuss the major global internet outage that affected many websites on Tuesday. Some of the major high traffic websites including The Guardian, The Financial Times, The New York Times, Britain’s… 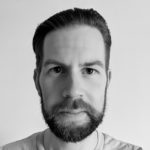 James Knight
Financial writer
When he isn’t at work, James is an avid trader and golfer who likes to travel. He once fed, rode, and ate an ostrich all on… read more.