How to buy GameStop (GME) shares

GameStop is a US-based video game and electronics retailer that's become famous thanks to the WallStreetBets Reddit community. This guide explains how to buy GameStop shares today.
By:
Max Adams

Max was the Editor of Education for Invezz from 2019-2021, overseeing the wider investment educational strategy. He has written… read more.
Updated: Sep 13, 2022
Ad disclosure

This guide takes you through everything you need to consider before putting your money into GameStop. From how to tell if you’ve missed the boat to the best brokers to use, keep reading to find out more.

Where to buy GameStop stock

If you’re looking to invest immediately, then simply select one of our trusted partners in the table below to open an account. On the other hand, if you need more information then just scroll down and we’ll walk you through the details.

Most Popular
1
Min. Deposit
$ 10
Promotion
User Score
10
Up to $240 bonus!
Deposit with ACA, Wire, Pay with my bank
Invest for dividends and get payout on stocks on Ex-Dividend day
Start Trading
Payment Methods:
Bank Transfer, Wire Transfer
Full Regulations:
CySEC, FCA
Investoo Ltd is compensated if you access certain of the products or services offered by eToro USA LLC and/or eToro USA Securities Inc., as applicable. This compensation incentivizes Investoo Ltd to describe those products and services in favorable terms. Any testimonials contained in this communication may not be representative of the experience of other eToro customers and such testimonials are not guarantees of future performance or success.
2
Min. Deposit
$ 100
Promotion
User Score
10
Trade out-of-hours on over 70+ US stocks
Get exposure to a wide range of popular UK, US and international stocks
Enjoy flexible access to more than 17,000 global markets, with reliable execution
Start Trading
Payment Methods:
Bank Transfer, Credit Card, Debit Card, PayPal
Full Regulations:
ASIC, FCA, FINMA, is a licensed bank (IG Bank in Switzerland)
Spread bets and CFDs are complex instruments and come with a high risk of losing money rapidly due to leverage. 68% of retail investor accounts lose money when trading spread bets and CFDs with this provider. You should consider whether you understand how spread bets and CFDs work, and whether you can afford to take the high risk of losing your money.
3
Min. Deposit
$ 0
Promotion
User Score
9.5
$0 commission and $0 Options contract fees
Upgraded research with advanced charts
Smart Menus for faster trades
Start Trading
Payment Methods:
Full Regulations:

How to buy GameStop stock, a step-by-step guide

If you’re new to investing, we can help. These are the steps to follow in order to start your journey on the stock market:

To buy GameStop stock you’ll find it easiest to use an online broker. You can check out the comparison table above to find one that’s right for you. Once you’ve selected your broker, head over to their website and follow the steps to create an account.

Decide how much to invest

Before you go on to invest, you’ll need to decide how much money you want to put into GameStop. It’s a meme stock so it’s riskier than other investments and it’s likely you’ll experience a lot of ups and downs in its price, so you should take that into consideration.

Research GameStop and its potential

This guide has lots of information about GameStop and what makes it a good investment. If you want to dig deeper into the company you could look at its latest financial reports on its investor relations page to judge its previous and potential performance.

Place an order for GME stock

When you’ve set a budget and finished your research you’ll be ready to place your order. Navigate to your brokers search tab and enter GameStops ticker symbol, GME. you’ll then be taken to its trading page where you can place your order, including how many shares you want.

Your position will be executed immediately or there may be a slight delay. If you place your order outside of market hours it will go live when the market opens. You can monitor your GME purchase in the open positions section of your brokerage account.

It’s important to check up on your investment at regular intervals and that’s especially true for meme stocks like GME. Its price will likely experience a lot of volatility so it could be a good idea to set a stop loss to protect your capital.

What is GameStop? And should I invest?

GameStop is a company that sells video games, electronics, and other gaming-related products. Founded in Texas in 1984, the company now operates internationally with more than 5,000 stores worldwide.

Whether you should invest in GameStop or not depends on a variety of factors – both short and long term. A surge of interest in the stock sent the GME share price skyrocketing in January 2021 and even as the price has settled down again, the attention it gave to GameStop’s brand could be reason to be more bullish about its long-term prospects.

The brand had to close almost 450 locations in 2020 after poor performance during the pandemic, but now it’s not quite so clear what the business’s long term prospects are likely to be. One option first reported in 2022 is that the company might expand its digital operations to create an NFT marketplace, which would sell tokens that are associated with the games it sells.

How has the company performed in recent years?

GameStop became a household name in 2021 after the subreddit r/WallStreetBets encouraged retail investors to buy shares in the company. At the start of 2021, GME shares traded at just below $20 – by January 27th they were above $350 a share, and a year late they were still above $100.

This move was inspired by hedge funds adopting ‘short’ positions on GME stock, and independent retail investors piling money into the shares to take on the finance pros. The resulting huge price increases saw the Melvin Capital hedge fund lose billions of dollars.

Prior to this huge spike, GameStop was performing relatively poorly (one of the reasons why the funds were shorting the stock in the first place). As a primarily ‘bricks and mortar’ retailer, GameStop had been losing ground over the past 5 years to more online-based companies, and the COVID-19 pandemic led to them having to close all stores temporarily in March 2020.

Is it a good time to buy GameStop shares now?

This is the question everyone has been trying to answer since early 2021. The brand recognition the company has now, as well as the involvement of activist investor Ryan Cohen, whose purchase of GME shares was part of the reason for its surging popularity, bodes well. But the most important thing to consider is what approach you’re looking to take: short term or long term.

If your aim is to trade GameStop stock in the short term to take advantage of market fluctuations, then you’ll want to read up on technical analysis and how to read stock charts. You’ll also want to keep on top of all the latest news and analysis, as GME shares often move fast and it’s important to see past the volatility and keep a cool head.

You might prefer to take a long term approach to investing in the stock market and in this case the day-to-day fluctuations of GameStop’s stocks will be of less concern as opposed to the company’s future prospects. You’ll want to undertake a fundamental analysis of GameStop to see if you think there’s money to be made by investing, and you can use our most recent analysis to help you:

How good is Marathon Digital stock as crypto continues to whipsaw?
Marathon Digital Holdings, Inc. (NASDAQ:MARA) has oscillated between $10-$20 for some months now. The stock touched a low of below $5 at the start of July. Although trading higher at $12, Marathon Digital remains under pressure. Marathon is a digital asset company. The company is involved&hellip;
October 5, 2022
Top 3 cheapest European banks that money can buy
European bank stocks have lagged their global peers for years. For example, the iShares Europe Financials ETF (EUFN) has crashed by more than 30% in 2022 while the SPDR Bank ETF has dropped by about 19%. Here are the cheapest European banks that money can buy today. Credit Suisse&hellip;
October 5, 2022
Shell share price outlook ahead of the OPEC+ meeting
Shell (LON: SHEL) share price has one of the best-performing stocks in the FTSE 100. It has risen by more than 40%, meaning it has outperformed the Vanguard Energy ETF, which has risen by over 30%. OPEC+ meeting ahead&nbsp; Shell is a leading integrated energy company&hellip;
October 5, 2022
Is Chevron stock now a good buy after the latest gains?
Chevron Corporation (NYSE:CVX) buyers have defended the $138 support. The stock is once again proving resilience, posting more than 10% gains in just five days. That comes after reports that OPEC+ were set for output cuts to tame falling oil prices. Chevron,&hellip;
October 4, 2022

Ways to invest in GME

Can Elon Musk arrange financing for his $44 billion takeover of Twitter? October 6, 2022

Expert reveals the top bank stock to own ahead of earnings October 6, 2022

How to Choose Winning Stocks

Choosing the right stock to invest in needs time and care; it is never something that can be done on a whim. From the type of company you are investing in and its financial status to overall market conditions and the need to mitigate risk, there are a variety…
Stocks Courses

How to Invest in the Stock Market

Learn more about the stock market is one of the best ways to make money and grow your wealth. Stock investing can serve as a reliable passive income stream that protects your capital against inflation. In addition, many companies share a portion of their profits with investors in the…
Stocks Courses

If our Stock Markets 101 course was your introduction to stock market investing, think of the Stock Investing course as the next step, your intermediate-level guide to investing. Just remember, this is not a get-rich-quick scheme and takes time, patience, and emotional stability.
Stocks Courses

Luckily, it’s far easier to begin trading than it was in the 90s when Wall Street and big money were the only options. Get started with our introduction to stock trading. You’ll come away feeling more confident about the task ahead, while acquiring a base knowledge of all the most…
Sources & references 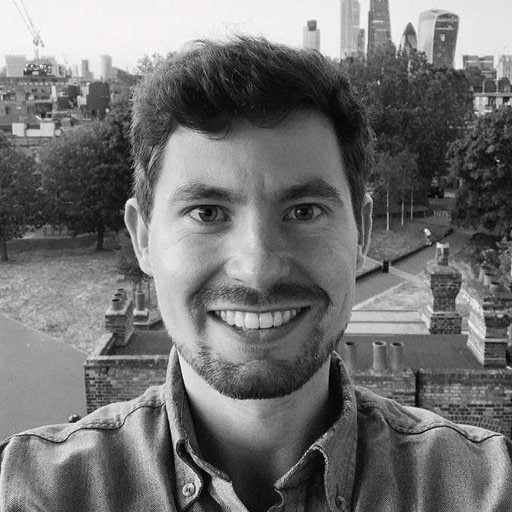 Max Adams
Editor of Education
Max has a keen interest in the transformative power of technology and is the founder of a platform called Current Frequencies. When not at his desk,… read more.
Invezz uses cookies to provide you with a great user experience. By using Invezz, you accept our privacy policy.