How to buy Robinhood (HOOD) shares

Robinhood is one of the best known retail trading apps. After it surfed the boom in casual trading during the pandemic, find out if now is a good time to get your hands on its stock.
By:
Charlie Hancox

This beginner’s guide tells you everything you need to know about Robinhood and how to get its shares. Go through a brief history of the company, how it has performed recently, and then take a look at how it might do in the future.

Where to buy Robinhood stock

The brokers below are the best places to buy Robinhood stock online. Our team of investment specialists have been through each of them with a fine-tooth comb to make sure that they offer the lowest fees and most reliable service for you.

How to buy Robinhood stock, a step-by-step guide

Buying shares in Robinhood is easy and anyone can do it. Below is a step-by-step guide you can follow to make your first investment.

The easiest way to get started is by using an online broker. There are lots of different options to choose from and the comparison table above can help you make your decision. Once you’ve selected your broker, head over to their website and follow the steps to create an account.

Decide how much to invest

Setting a budget is key and you should never invest more than you can comfortably afford to lose. It’s a good idea to spread your money across a range of different investments so it’s not advisable to put all of your funds into Robinhood stock. HOOD is a volatile stock so you should expect some ups and downs in its price.

Research Robinhood and its potential

Before you buy Robinhood shares you should take the time to research it. You can look at things like its financial reports to help judge how well it is performing. You can find these on its investor relations website. Looking into its competitions is also a good idea and can help you determine if HOOD is the right investment for you.

Place an order for HOOD stock

Once you’ve set a budget and completed your research it’s time to place your order. This is easy and all you need to do is log into your brokerage account and search for the ticker symbol HOOD. Now you’ll be taken to its trading page where you can enter how many shares you want to buy and click the order button.

Once you’ve placed your order it will usually be executed immediately. Although sometimes there might be a slight delay if you place it when the market is closed. Once it’s been executed you’ll be able to monitor it in the open positions tab in your brokerage account. Here you can see its most up to date price and any profit or loss.

Checking in on your investment at regular intervals will help you stay informed about how well its performing. For volatile new stocks like Robinhood you should expect some volatility in its price. One way to get some peace of mind is by setting a stop loss, which will automatically close your position at a set price if the market moves against you.

What is Robinhood? And should I invest?

Robinhood is an American financial services company that is headquartered in California. Founded in April 2013 by Vladimir Tenev and Baiju Bhatt, it has become one of the most popular places to invest in a diverse range of things, such as stocks, exchange-traded funds (ETFs), options, gold, and cryptocurrencies.

The company’s big advantage is its commission free model. Before Robinhood came along, investors would commonly have to pay between $5 and $10 in fees per trade, and many also needed to invest a minimum of $500 to open an account. Robinhood has turned this archetype on its head, making investing much more accessible.

Whether you want to invest in Robinhood is up to you. For brokers, going public is a well-trodden path, as is evidenced by the largest stock broker in the United States, Charles Schwab. Many feel this listing is Robinhood’s gateway to significant growth, as the capital it raises will be used to capitalise on a strong year of order-flow revenue totalling $682 million, a 514 percent increase year-on-year.

How has the company performed in recent years?

Since its IPO in 2021 its share price has only really moved in one direction – down. In July 2021 it started trading on the NASDAQ for $35 per share. Its first few days on the market were very positive and its share price more than doubled. However, those initial gains were short-lived.

Since August 2021 its share price has experienced a steady decline and in April 2022 hit its lowest level at under $10 a share. Prior to its IPO the company appeared to be in a strong position. A whole nation of ordinary people had been sitting at home during the COVID-19 pandemic and had received stimulus cheques. Many used these funds to take up investing, resulting in much of the volatility seen at the start of 2021.

As the world moved out of lockdowns and stimulus cheques stopped, so did the rush of new money pouring into the financial markets. HOOD suffered as a result and saw user numbers drop off significantly. In April 2022 it announced it was cutting its workforce by 9% to save on costs which resulted in its share price dropping below $10.

Is it a good time to buy Robinhood shares now?

It depends how much risk you’re comfortable with, as the early stages of any company’s public life can be a bumpy ride. As the market decides how much a share should be worth, the price might swing dramatically in either direction. HOOD has seen a substantial drop in its share price which may entice some speculators into thinking they’re getting a good deal.

The best way to be successful is to make sure you conduct due diligence and really drill into the company’s business model before investing any of your hard-earned capital. To avoid the biggest risks, it could also be worth waiting until the initial buzz from the listing has faded away.

As previously mentioned, retail investing has been extremely popular since COVID-19 came to the party, but the big question is whether it will continue once lockdowns cease and people have to go back to work. Will they still have time to invest or trade? This remains to be seen and is an important factor in Robinhood’s success. Use the latest news and analysis to be the first to find out if any new trends emerge.

Dow Jones, the S&P 500, and Nasdaq price forecast after last week’s gain
Wall Street&rsquo;s three main indexes advanced last week as signs that inflation may have peaked in July increased investor confidence that a bull market could be underway. The U.S. reported that the Consumer Price Index rose by less than anticipated in July, up 8.5% YoY, while the Producer Price Index&hellip;
August 14, 2022
Should I sell Viatris shares after Q2 results failed to meet revenue expectations?
Viatris Inc. (NASDAQ: VTRS) reported its second-quarter results on Monday and lowered the revenue outlook for the 2022 fiscal year. Michael Goettler, CEO of Viatris, said that because of strong operational performance, he believes that Viatris can absorb the foreign exchange rate impact within announced ranges. Q2 results failed&hellip;
August 14, 2022
Nvidia recovers 22% in a month, but how sustainable are the gains?
Nvidia Corporation (NASDAQ:NVDA) rose 3% on Friday, taking the total monthly recoveries to 22.6%. The gains came after rival SMIC saw a 42% increase in revenue in the second quarter. Nvidia reports earnings on August 24 after the market close. The consensus EPS for the company&hellip;
August 12, 2022

Ways to invest in HOOD

How to Choose Winning Stocks

Choosing the right stock to invest in needs time and care; it is never something that can be done on a whim. From the type of company you are investing in and its financial status to overall market conditions and the need to mitigate risk, there are a variety…
Stocks Courses

How to Invest in the Stock Market

Investing in the stock market is one of the best ways to make money and grow your wealth. Stock investing can serve as a reliable passive income stream that protects your capital against inflation. In addition, many companies share a portion of their profits with investors in the form of…
Stocks Courses

If our Stock Markets 101 course was your introduction to stock market investing, think of the Stock Investing course as the next step, your intermediate-level guide to investing. Just remember, this is not a get-rich-quick scheme and takes time, patience, and emotional stability.
Stocks Courses

Luckily, it’s far easier to begin trading than it was in the 90s when Wall Street and big money were the only options. Get started with our introduction to stock trading. You’ll come away feeling more confident about the task ahead, while acquiring a base knowledge of all the most…
Sources & references 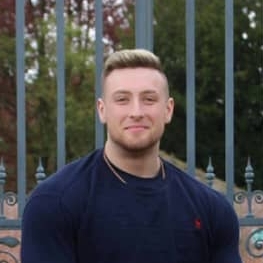 Charlie Hancox
Financial Writer
Alongside his passion for trading, Charlie has represented Great Britain and won national championships as a water polo player, and as a budding film director, has… read more.

Prash Raval
Financial Writer
When not researching stocks or trading, Prash can be found either on the golf course, walking his dog or teaching his son how to kick a… read more.
Invezz uses cookies to provide you with a great user experience. By using Invezz, you accept our privacy policy.