Home » News » Forex » AUD » Currency briefing: What if the pound sterling has been overbought?

Currency briefing: What if the pound sterling has been overbought? 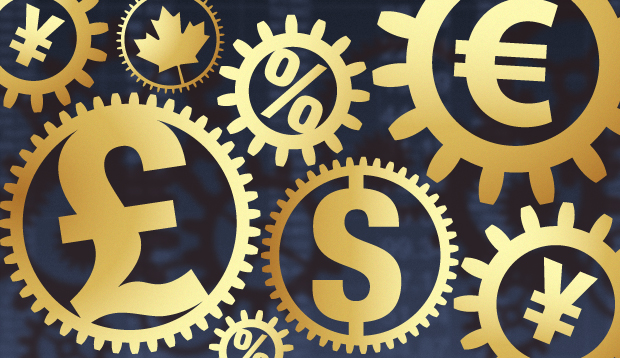 Sterling climbed steeply higher last week after Bank of England’s governor said in an interview with a regional British newspaper that, given revitalizing and ‘brightening’ U.K. economic data, he sees no need for additional bond buying by the central bank. Sterling hit a high of $1.6147 on Friday.

Mr. Carney expressed the view that the central bank would consider additional QE if required, “but my personal view is, given the recovery has strengthened and broadened, I don’t see a case for quantitative easing and I have not supported it.”
In March 2009, the MPC empowered the purchase of £200 billion of assets, in an effort to boost a U.K. economy in malaise. The MPC backed additional purchases of assets in subsequent meetings to bring total assets purchases to £375 billion.

According to Citigroup’s currency strategists, Mr. Carney’s comments are “not massively different” from another speech earlier this month. Still, analysts stated “the comments highlight that the central bank has moved further away from doing QE and that any return to aggressive easing would depend on data.”
The U.K. economic output grew at an annualized rate of 2.9 per cent in the 2Q 2013, a pace corresponding only to Germany amongst Britain’s economic peers. Economic researchers say surveys point to strong sustained and continued growth.

Under Mr. Carney, who took the helm in July, the central bank promised not to consider raising its benchmark interest rate from the current record low of 0.5per cent until unemployment in the U.K. drops to 7 per cent, a threshold officials believe could be achieved by 2016. This engagement is aimed at encouraging greater spending and investment to propel firmer growth.

On the other hand, the rate-setting MPC hasn’t validated any bond purchases since July 2012, when the debt crisis in the neighboring euro zone menaced amid fears it would send the U.K. economy into a spiral. Some MPC’s members have alleged however, they are willing to revive the Bank of England’s bond-buying program if the U.K.’s economic recovery gives signs of a pause.

From a technical point of view, many market participants argue that sterling’s recent large moves mean that it is entering an overbought territory and that a pullback is inevitable. Is that correct?
Short sterling positioning data illustrate a greater sensitivity to the fortunes of the greenback rather than to U.K. economic development, according to technical analysts from Commerzbank. The most recent example for a reduction in short GBP positioning took place immediately after the September FOMC meeting, at which the Fed renounced tapering of its monetary stimulus program.
The large increase in short sterling positioning on the other hand, seen at the start of the year, was mainly a response to concerns of stagflation. However, in the intervening period, not only have growth measures shown a marked improvement but CPI data has persisted reasonably well and is secured around the 2.7 per cent level, while longer-term inflation expectations have come off from highs of 3.3 per cent in March towards current levels of around 2.8 per cent. All this means that the explanations behind the increase in short positioning at the beginning of the year and sterling’s sell-off have no longer the influence they had.
**Commerzbank’s analyses show several factors supporting sterling:**
The U.K. real effective exchange rate (defined by the model REER = e(P1/P2), where ‘e’ is the exchange rate, P1 is the price level of the home currency and P2 is the foreign price level)., currently trades in line with its 5-year average, so it is difficult to argue that sterling is overvalued. The only shortfall here is that this measure excludes the period before the financial crisis which gives a more precise and accurate observation of sterling’s value.
GBP swap vs. SONIA 2Y rates indicate that the market has clearly priced out an increase of asset purchases by the Bank of England. This was a millstone for sterling’s value in February and March of this year but has been gradually priced out by the markets. The only potential balance sheet expansion by the BoE now would be in response to increasing gilt yields coming as a result of improving confidence all over the world and in U.K. in particular. To say it in other words, unlike previous asset purchases, the reason behind BoE balance sheet expansion would not be to encourage demand but rather to depress yields’ development.
The peripheral yields’ tightening has largely run out of steam at present. The lower credit spread was the reason for a sustained upside in the EUR/GBP currency pair in the latter part of 2012 and early 2013, but it is difficult to argue now that spreads would tighten further.
Finally, the only concern for sterling would be the U.K. current account deficit, which currently stands at -4.1 per cent of GDP.