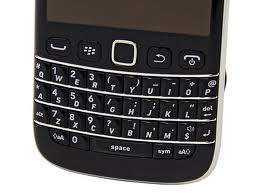 “While we maintain our hold rating, we lower our price target to $7 reflecting our updated sum-of-parts valuation and our belief the most likely outcome for BlackBerry is a sale to Fairfax Financial and its partners at a lower price of $7 post further diligence,” Walkley wrote in the report. Fairfax’s chief executive officer Prem Watsa, who proposed a Fairfax-led consortium to acquire BlackBerry for $4.7 billion (₤2.9 billion), has yet to provide markets with information about the financing options and the likely participants in the deal. Watsa has until November 4 to come up with a letter of intent after having been given the opportunity to go through BlackBerry’s books.

Bernstein Research analyst Pierre Ferragu has also valued the smartphone maker’s shares at $7, saying that BlackBerry’s business was “at a strategic dead end.” Ferragu discarded the possibility of significant interest among Canadian pension funds, rumoured to be the most likely partners in a Fairfax deal. “We understand there could be some distant interest there, given the specific Canadian twist of the operation and the heavy emotional side of the operation for Canada, but we believe only one or two funds may feel confident investing that much money in such a risky venture,” Ferragu said.

A report from Kantar Worldpanel released on Monday showed that BlackBerry’s share of the global smartphone market has continued to dwindle. In the US, BlackBerry’s devices now account for only 1.8 percent of the total number of smartphones used. In the five biggest European markets that share is 2.4 percent, less than half of what it used to be a year ago.

**BlackBerry dismisses unflattering Gartner analysis**
BlackBerry has hit back at Gartner after the technology research firm advised its smartphone clients to halt purchases of products made by the Canadian company and go elsewhere for enterprise business.
“Gartner recommends that our [BlackBerry enterprise] clients take no more than six months to consider and implement alternatives to BlackBerry. We’re emphasizing that all clients should immediately ensure they have backup mobile data management plans and are at least testing alternative devices to BlackBerry,” Bill Menezes, principal research analyst at Gartner, told ComputerWorld last week.

!m[Troubled smartphone maker dismisses unflattering Gartner analysis](/uploads/story/5842/thumbs/pic1_inline.jpg)
On Monday, just days after Menezes’ remarks, BlackBerry issued a statement saying that the conclusions drawn about the viability of its business plans were “purely speculative”. The company added that it remained committed to “deliver the most secure and powerful mobile management solutions and smartphones to our customers.”
BlackBerry last month revealed that it would make half its workforce redundant by the end of the year, after posting losses of $950 million (₤587 million) in the second quarter (Company posts deep quarterly loss https://invezz.com/news/equities/5774-BlackBerry-share-price-company-posts-deep-quarterly-loss).

Anton is a freshly graduated economist from the States with passion for the world of finance. He is one of the more recent additions to the iNVEZZ journalist team and has a particular interest in gold and everything else that shines. When not submerged in the most recent economic news, Anton likes to lurk in tech forums and get into arguments over what’s hip and what’s square.
Related news
Standard Life Aberdeen share price rallies amid FY results and exec changes
13th March 2019
Standard Life Aberdeen share price steady even as RBC flags dividend concerns
12th March 2019
Standard Life Aberdeen share price: Investors eye full-year results this week
11th March 2019
BHP share price: Group approves funding for Gulf of Mexico project
13th February 2019
TUI share price slides as group posts quarterly loss
12th February 2019
Related market data
Invezz uses cookies to provide you with a great user experience. By using Invezz, you accept our privacy policy.