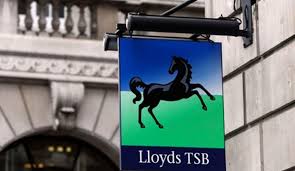 According to the Sunday Telegraph, an activist investor has increased its stake in NBNK Investments and will press the investment vehicle to sue Lloyds next month.
Crystal Amber, which is led by Richard Bernstein, has been building its holding in NBNK since December and has now raised its stake to 27.87 percent. The fund plans to urge NBNK to start taking legal action against Lloyds to recover costs related to its failed attempt to purchase TSB, Bernstein has revealed to the newspaper.

Lloyds was forced to offload TSB to meet European state-aid rules following its £20 billion rescue at the height of the financial crisis. NBNK competed with Sun Capital Partners and the Co-operative Group to buy the unit in a sales process which failed after two-year negotiations with the Co-op. Following the collapse of the deal, Lloyds instead decided to float the 631-branch banking business on the London Stock Exchange (https://invezz.com/news/equities/11603-Lloyds-prices-TSB-IPO-at-260p-per-share- Lloyds prices TSB IPO at 260p per share).

**Lloyds complaints rise in H1**
Lloyds revealed on Friday that its complaints rose 20 percent in the first half of the year, driven by an increase in cases about mortgages.
The state-backed bank said in a statement that excluding those concerning payment protection insurance (PPI), its total complaints rose to 129,469 from 104,590 in the same period the year before.

Lloyds said the rise reflected the implementation of new rules for the sale of mortgages, the introduction of auto enrolment for corporate pension schemes and more complaints against banks by claims management companies.
**Analysts on Lloyds share price**
Of the 24 analysts projecting 12 month price targets for Lloyds for the Financial Times, the median target is 87.50p, with a high estimate of 115.00p and a low estimate of 55.00p.