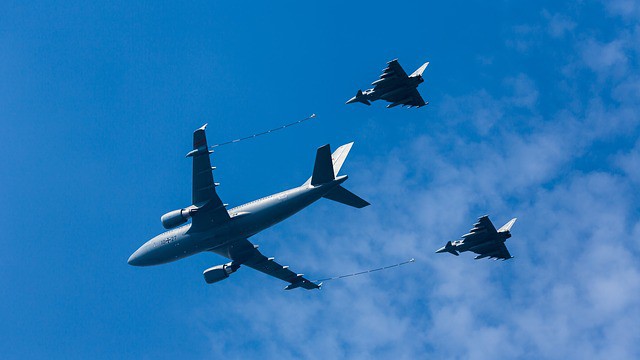 Shares in BAE Systems (LON:BA) have fallen into the red in London this morning, as the group flagged concerns over its exports to Saudi Arabia. The comments came as the British defence giant updated investors on its full-year performance.

BAE Systems announced in a statement this morning that its order intake had increased by £8 billion to £28.3 billion last year. The group’s sales, however, fell by £100 million to £18.4 billion. The company’s underlying EBITA decreased by £46 million to £1.93 billion, pressured by an adverse exchange translation impact of £34 million, while underlying earnings per share came in two percent higher at 42.9p.

“The Group made good progress in strengthening the outlook and geographic base of the business,” the defence contractor’s chief executive Charles Woodburn commented in the statement. Going forward, BAE expects its underlying earnings per share to grow by mid-single digit this year.

The British defence contractor noted in today’s statement that the current position of Germany’s government on export licensing might affect the company’s “ability to provide capability to Saudi Arabia which may have a consequential impact on the group’s financial performance and relationships”.