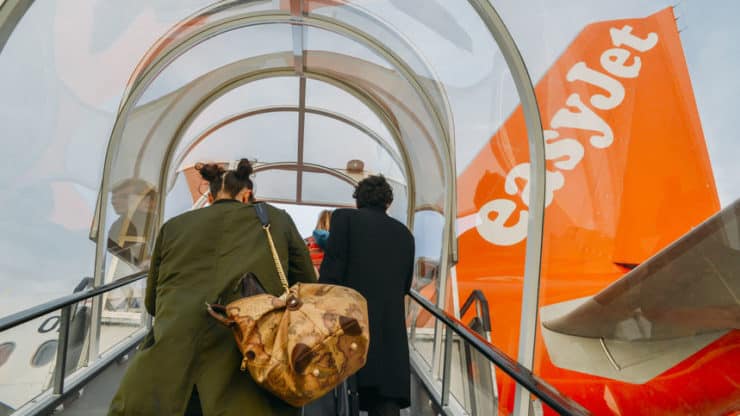 easyJet (LON:EZJ) has expressed an interest in collapsed airline Aigle Azur’s operations at Paris Orly airport, Reuters has reported. The update comes ahead of the low-cost airline’s full-year pre-close trading statement, due out on October 8.

easyJet’s share price has fallen deep into the red in today’s session, having given up 0.91 percent to 937.40p as of 14:54 BST, underperforming the FTSE 250 which currently stands 0.23 percent lower at 19,660.27 points. The group’s shares have given up more than 35 percent of their value over the past year, as compared with about a four-percent fall in the mid-cap index.

The newswire further reported that while a French minister had named Air France-KLM as a likely bidder for the airline, the carrier had no immediate comment on whether it had submitted an offer for all or part of Aigle Azur as a midday court deadline passed.

Back in 2017, easyJet acquired part of Air Berlin’s operations at Berlin Tegel Airport.

Kepler Capital Markets, which is bearish on the company with a ‘buy’ rating, set a target of 820p on the easyJet share price last week, while at the end of last month, JPMorgan Chase & Co, which is ‘neutral’ on the shares, set a valuation of 1,060p. According to MarketBeat, the budget airline currently has a consensus ‘hold’ rating and an average price target of 1,174.86p.

easyJet updated investors on its third-quarter performance in July, reporting what it referred to as a ‘robust’ performance. Going forward, the mid-cap group expects to deliver full-year headline profit before tax of between £400 million and £440 million.