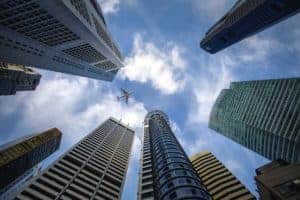 AJ Bell reckons that investors are now concerned over the next ‘dark cloud’ hanging over Lloyds Banking Group’s (LON:LLOY) as the bank moved to suspend its share buyback programme over the ongoing problem of payment protection insurance (PPI) claims, Citywire reports. The comments came after the bailed-out lender, which has sold more PPI policies than any of its peers, said yesterday that it needed to book an extra charge of between £1.2 billion and £1.8 billion for the scandal.

Lloyds’ share price rose marginally in the previous session, gaining 0.28 percent to end trading at 50.18p, outperforming the benchmark FTSE 100 index which ended trading  0.64 percent lower at 7,235.81 points. This morning, the shares have advanced in early trade, having gained 1.16 percent to 50.76p as of 08:14 BST, as compared with a 0.36-percent fall in the Footsie.

AJ Bell weighs in on Lloyds

Citywire quoted AJ Bell’s analyst Russ Mould as commenting that the suspension of Lloyds’ buyback yesterday removes “one of the few positive supports to its share price”.

“Lloyds’ shares have been drifting downwards for months as investors worry about the scale of PPI claims, pressure on lending margins, and also the general impact of Brexit on consumer finances and whether it could lead to an increase in bad debts,” he elaborated, adding that investors in the bailed-out lender’s “shares are sadly getting used to a constant string of bad news,” and that “once the PPI saga is wrapped up, one will wonder what the next dark cloud will be to hang over the sector”.

Other analysts on lender

Societe Generale reaffirmed the bailed-out lender as a ‘buy’ today, without specifying a target on the Lloyds share price, while Goldman Sachs, which is ‘neutral’ on the stock, set a valuation of 61p on the shares yesterday. According to MarketBeat, the FTSE 100 bank currently has a consensus ‘hold’ rating and an average price target of 66.56p.