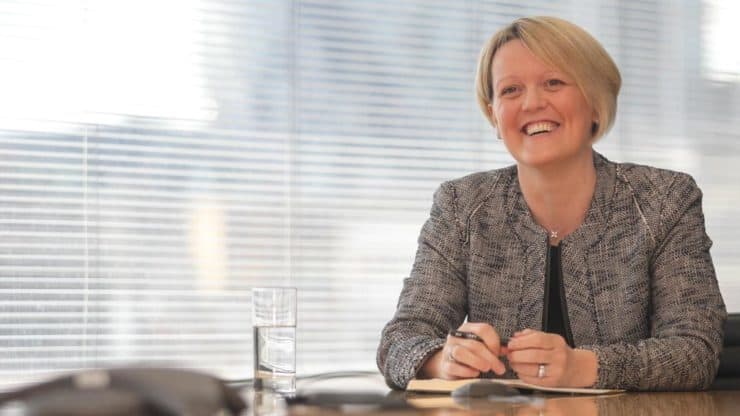 Royal Bank of Scotland Group’s (LON:RBS) share price has surged in London in today’s session as the bailed-out lender appointed Alison Rose to the top job. She will succeed outgoing CEO Ross McEwan, who was recently appointed as chief executive of National Australia Bank.

As of 08:47 BST, RBS’ share price had added 1.47 percent to 211.30p, outperforming the broader UK market, with the benchmark FTSE 100 index has fallen into the red in today’s session and currently stands 0.25 percent lower at 7,337.93 points. The group’s shares have given up just under 11 percent of their value over the past year, as compared with about less than a 0.2-percent fall in the Footsie.

RBS announced in a statement this morning that it had appointed Alison Rose, who is currently Deputy CEO NatWest Holdings and CEO Commercial and Private Banking, as chief executive officer. She will take up the top job from November 1, following an orderly handover, with Ross McEwan due to step down as CEO on October 31. Rose will also be appointed as Executive Director and CEO on the Boards of NatWest Holdings Limited, The Royal Bank of Scotland plc, National Westminster Bank Plc and Ulster Bank Limited.

“I am delighted that we have appointed Alison as our new CEO. She brings extensive experience and a track record of success from her previous roles at the bank,” RBS Chairman Howard Davies commented in the statement. “Following a rigorous internal and external process, I am confident that we have appointed the best person for the job.”

Shore Capital reaffirmed the part government-owned lender as a ‘buy’ today, without specifying a target on the RBS share price. According to MarketBeat, the blue-chip group currently has a consensus ‘hold’ rating and an average valuation of 263.23p.