Northern Ireland Will Not Be Trapped With The EU – Arlene Foster 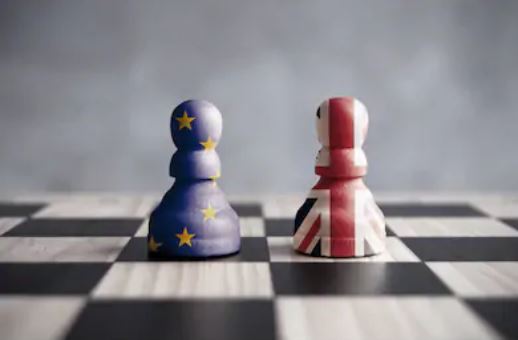 Following the recent meeting of Prime Ministers Boris Johnson of the U.K and Leo Varadkar of Ireland, the financial markets were relieved owing to an official statement that the path for a pragmatic Brexit deal that could potentially satisfy all concerned parties is getting clearer. Cable (GBP/USD) responded immediately to the news and rallied to a high of around 1.27 level that marked the highest for the pair in the past few months.

The recent developments, however, have signified that the uncertainty regarding Brexit may not be off the table just yet. Ms. Arlene Foster, in her capacity as Northern Ireland’s Democratic Unionist Party (DUP) leader, has made an announcement that the U.K’s constitutional and economic integrity is of paramount importance for a possible Brexit deal between the United Kingdom and the European Union. The EU needs to understand that any deal that demands a compromise on that is not going to be acceptable.

Northern Ireland Doesn’t Wish To Be Stuck With The EU

Lack Of Response In The Forex Market Following The Announcement

While such comments from the leader of the Democratic Unionist Party in Northern Ireland represent the next hiccup in the political and economic tension revolving the departure of the United Kingdom from the European Union, the Forex market has chosen NOT to respond to the news so far. The upward rally in the GBP/USD continued on Friday even after the announcement and reached the 1.27 level that marked a daily gain of as much as around 2% for the pair.

According to the financial analysts, since Johnson Administration is yet to respond to Northern Ireland’s concerns regarding a potential Brexit deal, this might have caused a lack of response in the Forex market following Ms. Foster’s statement. With the deadline for Brexit approaching fast, the upcoming week may have a few announcements of its own to stir up the financial markets, as per the experts.