Home » Forex » Parts of an interim deal have been finalized – U.S representative for trade talks

Parts of an interim deal have been finalized – U.S representative for trade talks 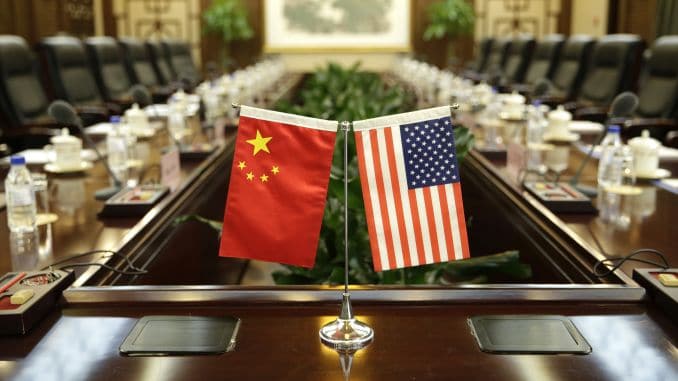 The U.S – China trade negotiations have accomplished more than the analysts could have forecasted. Ever since the trade talks were kicked off earlier in October 2019, Vice Premier Liu He and President Trump have been reiterating that the negotiations are heading in the right direction. In the recent development, an official statement by the U.S representative has highlighted that a significant part of the interim deal with China has almost been finalized. The announcement was made on Friday morning, October 25th, 2019.

The update was made public following a formal conversation between three of the central personnel for trade talks; Chinese Vice Premier Liu He, Treasury Secretary for the U.S, Mr. Steven Munchin, and the U.S representative for negotiations with China, Mr. Robert Lighthizer.

Deputy Level Discussions To Continue In The Near Future

According to Mr. Robert Lighthizer, prominent issues highlighted in the interim deal have been discussed and a few sections of it are soon to take the form of an official agreement. He further added that he is set to talk with Mr. Liu He over the phone to further the discussions at the deputy level in the near future.

The U.S – China trade talks have been the primary driving force for the financial markets around the globe. Following the announcement, the stock indices were reported to have made their daily highs for Friday, October 25th, 2019.

China Pledged To Purchase $40 to $50 Billion of U.S Agricultural Products

In a Press Conference on Friday, President Trump has also restated that things are going well with China. In his remarks, he commented that in the best interest of the United States of America, it is his utmost priority to resolve the issues regarding forced technology transfers and theft of United States’ intellectual property on China’s part all the while pledging Asia’s superpower to purchase U.S agricultural products worth $40 to even $50 billion.

Following the previously imposed punitive tariffs by China on U.S crops, President Trump aims at containing the damage via promoting Chinese purchases of United States’ agricultural products that will work in favor of the farmers in the long run.

In return, the U.S has already postponed tariff hike on Chinese goods worth $250 billion that was otherwise to be effective by October 15th. Sources have also reported that while Chinese representative has tried to push hard to terminate the plan of the next tariff hike by the U.S in December, the Trump Administration has not cleared its stance and no official statement that addresses the concern has been released so far.

Specialising in economics by academia, with a passion for financial trading, Michael Harris has been a regular contributor to Invezz. His passion has given him first hand experience of trading, while his writing means he understands the market forces and wider regulation.
Related news
AUD/USD little changed after RBA rate decision as a $75b panic looms
7th July, 05:23
USD/JPY turns higher after weak Japanese household spending data
7th July, 03:43
DXY: US dollar index slides on upbeat US and non-manufacturing PMI
6th July, 14:57
EUR/USD moves above key resistance on strong Eurozone retail sales and PMI data
6th July, 09:42
GBP/USD wavers as UK construction PMI zoom past analysts forecasts
6th July, 09:02
Invezz uses cookies to provide you with a great user experience. By using Invezz, you accept our privacy policy.