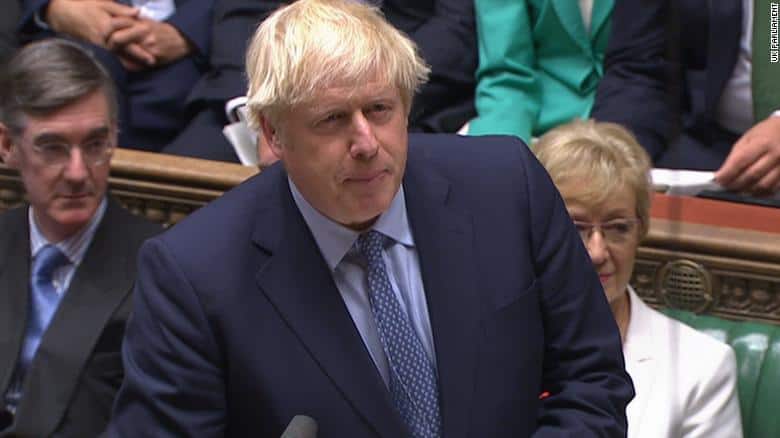 Pointing at the paralysis that Brexit delays are causing in the United Kingdom at large, Prime Minister Boris Johnson was reported stating on Saturday that it is time for the Parliament to quit keeping the entire country its hostage. Mr. Johnson’s speech was another attempt to push the lawmakers into voting in favor of his call for an early election on Monday, October 28th, 2019.

While the deal was principally accepted in the UK’s House of Commons, the lawmakers were reluctant to give support to the Prime Minister’s advised timeline for its realization. Conceding that he would not be able to execute his promise of delivering Brexit by October 31st deadline, PM Johnson had called last week for a general election on December 12th, 2019. He further added that the Parliament has ample time till November 6th to validate his deal.

The European Union has already accepted PM Johnson’s request for an extension on Brexit but has not yet announced the next deadline for the UK’s departure from the EU. Mr. Donald Tusk, the president of the European Council, had previously commented that the EU27 would like to observe the UK’s Parliament’s response on Mr. Johnson’s call for an early election before a deadline is announced.

Over 65% Votes Required For Approval From The Parliament

The voting set for later today, Monday, October 28th, 2019, requires PM Johnson to get at least 67% votes from the lawmakers (650 in total) to get an approval for the early election. As per the financial experts, finding the support of the Labor Party can ensure victory for the Prime Minister. However, officials from the Labor Party have already remarked that it wishes to wait for further details from the EU regarding the Brexit delay before it can decide on its vote.

The current Shadow Secretary of State for Health, Mr. Jonathan Ashworth of the Labor Party has expressed that the Party is in favor of a general election as well. However, it needs to be ensured that it will not be used as a tool by the Prime Minister to execute a no-deal Brexit, the ramifications of which could be disastrous for the United Kingdom in the long run.

Liberal Democrats and the Scottish National Party have requested the EU for an extension till January 31st and were reported demanding a general election on December 9th, even before the PM’s deadline. In a “desperate measures for desperate times” move from Mr. Johnson, analysts are also expecting the Conservative government to support Liberal Democrats and the Scottish National Party in order to win the majority in the UK’s parliament.

It is the third attempt by the Prime Minister to push the Parliament for a general election. While the support apparently doesn’t look sufficient with the likes of Mr. Philip Hammond (ex-finance minister) highlighting that the government should grow up and start taking the grown-up measures in the best interest of the country, nothing can be said with confidence until the results for voting are out later today.