Citi analyst forecasts the U.S dollar index to fall to 85 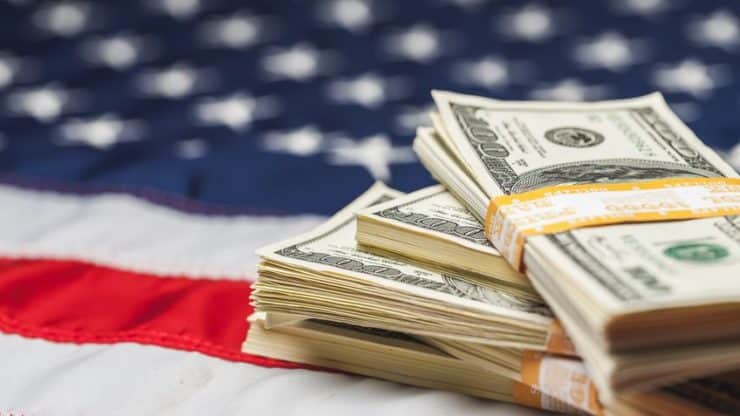 The U.S Federal Reserve recently announced its plan of expanding the balance sheet via buying a greater number of bond assets. Followed by the announcement, a Citi Strategist remarked on Thursday that he foresees the U.S dollar index (DXY) to fall sharply in the near future. While the index is standing tall at around 97, he has highlighted 85 as the target on the downside.

Mohammed Apabhai is a Citi strategist for Asia Pacific trading. On a live television program, “Street Signs”, by CNBC, that provides live analyses of businesses and financial markets at large, Apabhai stated:

“Our latest projections are that it would weaken even further — maybe to the high 80s, perhaps even as low as 85″.

Apabhai’s projection is noteworthy considering Daryl Guppy, an Australian technical analyst, had highlighted in 2018 that 85 marks the historical support for the U.S dollar index.

The dollar index compares the U.S dollar’s value against six major currencies (EUR, CAD, JPY, GBP, CHF, SEK) of nations with which the United States of America has the strongest trade relations.

Understanding The Expansion Of Balance Sheet

Increasing the purchase of bonds and Treasuries is a conventional means of expanding the balance sheet for FED. It is a financial strategy that is globally applicable for refilling the market with cash. Consequently, it stirs up a decline in bond yields that cast an inverse impact on the prices, which rise. The drop in bond yields in return, is a measure of weakening in the national currency, i-e, the U.S dollar.

The strategist further added that the balance sheet has expanded by as much as $205 billion since the start of September. This marks a pace that’s much faster than the Federal Reserve had expected. He drew the comparison with the European Central Bank and commented that ECB would take over a year to expand its balance sheet as much as the U.S Federal Reserve.

Apabhai also pointed at the Fed’s declaration this week that the monetary policy will be paused for a while, following rate cut for the third time this year, and remarked:

What It Could Mean For The Financial Markets

Reiterating the imminent unparalleled weakness in the U.S dollar, he predicted the EUR/USD pair to surge as high as 1.2100 level, in an event that DXY falls to 85. The drop in the U.S dollar index will also be translated as good news for emerging market equities, he concluded.