Ripple CEO Once Again Claims that Most Cryptos will Die Out 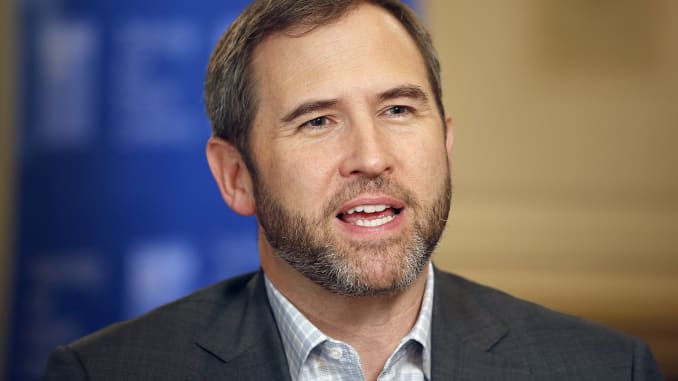 Brad Garlinghouse once again appeared on Bloomberg recently, when he reinforced his claims that most cryptocurrencies are likely to disappear in years to come. Garlinghouse, who is the acting CEO of Ripple, the company that has developed XRP, believes that only those coins with actual real-life use cases have a chance to survive. In other words, 99% of cryptocurrencies will be worthless in the near future, according to him.

The advantages of XRP over other cryptocurrencies

As mentioned, this is far from the first time that Garlinghouse has made such claims. But, while he has no faith in the majority of altcoins, he continues to praise XRP, recalling the long road that the coin has traveled in recent years.

At first, XRP was used for illicit cases, such as the infamous SilkRoad. After that, the era of speculation came, only for the coin to finally be in the period where its real use cases are emerging.

Garlinghouse also notes that this is the reason why XRP and Ripple have always focused on a specific customer, and on solving a very specific problem. That way, the project was able to advance in a single area, but surpass any competition which was spread too thin due to the lack of such focus.

Ripple solutions are better than SWIFT

As many likely knows, Ripple has been partnering up with banks for years now, offering its payment products that come as an advanced solution that can replace SWIFT. According to Garlinghouse, SWIFT is even more volatile, since it requires several days to settle each transaction.

In comparison, XRP transactions are done within seconds, which is Ripple’s largest advantage, as it reduces volatility risks.

Garlinghouse also spoke about XRP’s unimpressive price performance, stating that the company focuses on the price’s movement in the long-term. He believes that the surviving coins’ prices will reach their true potential, but that may take another decade.

Even so, Garlinghouse seems confident that bullish trends lie in the future.

Primarily interested in Cryptocurrency, started becoming hooked after the 2017 boom and haven't looked back! Always looking to write abut the next big thing.
Related news
Stellar bounces up again, but a major obstacle is still in the way
7th July, 13:40
DigiByte preparing to test its strongest resistance for the third time
7th July, 13:38
Bitcoin price adds 3% to return to its June range
7th July, 13:35
DeFi hits a new milestone with over $2 billion locked away
7th July, 13:34
TRON makes a move to enter the DeFi space
7th July, 13:18
Invezz uses cookies to provide you with a great user experience. By using Invezz, you accept our privacy policy.